In our September 4th, 2018 ETF Manager Comment “HFMU.U Outperforms U.S. Large-Cap Financials in Year #1 Rising 15%, Despite Two Formidable Obstacles” we discussed the performance of the ETF in its first year. However, as a follow up, we thought it would be helpful to address risk and volatility of returns. 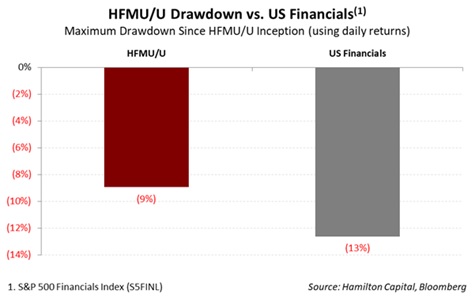