The tiny country of Greece is dominating the news – yet again. Notwithstanding the wall-to-wall press coverage and declines in equity markets, it is worth noting that the changes in sovereign yields of other European countries remain muted, reflecting the fact Greece is extremely small, at just 1% of European GDP (< 2% of the eurozone). We have noted many times the consistent message from the global fixed income markets is that this is a “Greek” problem, not a “Europe” problem (i.e. sovereign yields/CDS spreads). This position was underscored during all of the chaos last week in Greece. And again today, after yesterday’s “NO” vote.

As the chart below highlights, unlike the sovereign debt crisis, global fixed income markets – today – consider problems facing Greece to be confined to Greece. 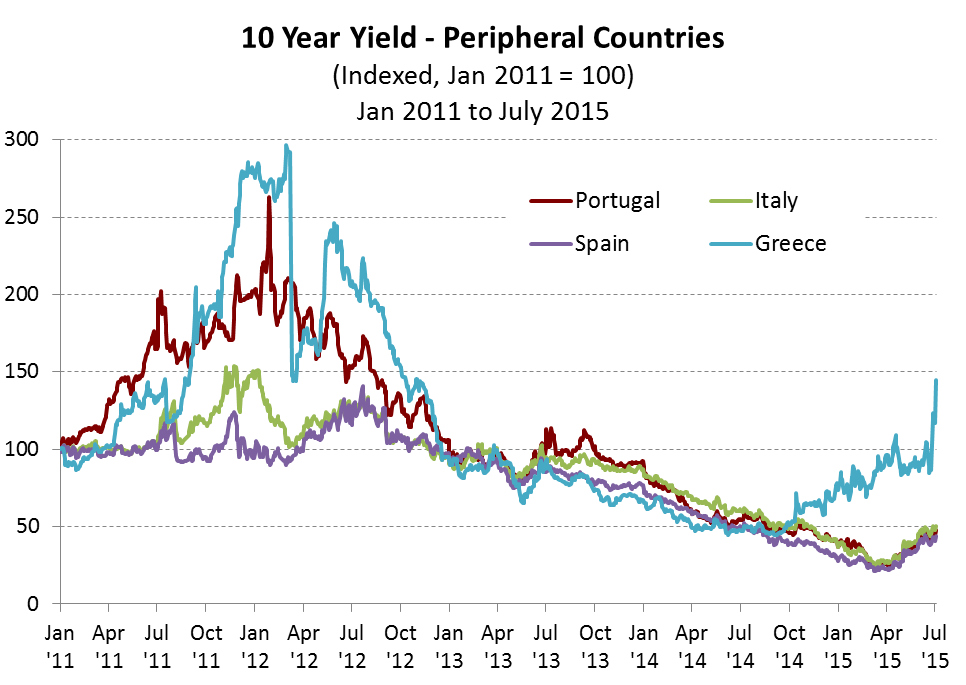 See the table below for a list of significant countries’ 10 year yields. There are ~20 notable countries comprising Europe’s GDP, and most are not seeing material moves in their borrowing costs as a result of this ongoing issue, reflecting, in our view, (i) significant fiscal progress achieved over the past several years, (ii) current improving GDP growth profiles, (iii) recapitalization of the European banking sector in the past 6-7 years, and (iv) the ECB breaking the linkage of Greek sovereign debt to European banks (i.e. non-Greek banks’ exposure to Greek sovereign debt is essentially zero). 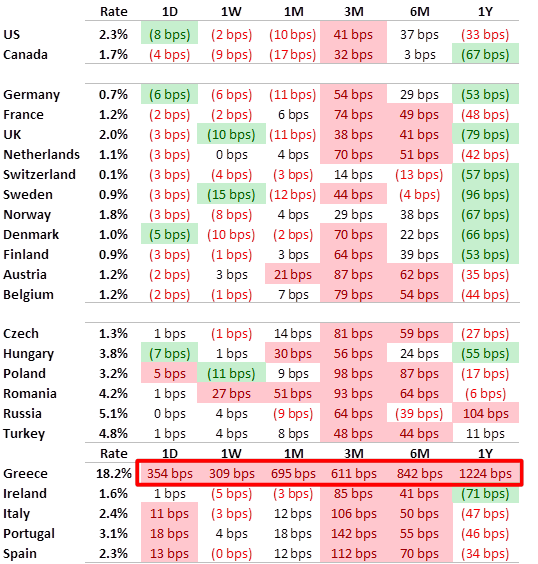