In this note, we provide a review of the Italian banking system, including an overview and a discussion of the most important issues facing the sector. Italian banks represent a deeply discounted, fragmented system undergoing a cyclical recovery while at the same time, undergoing regulatory reform, and potential M&A. 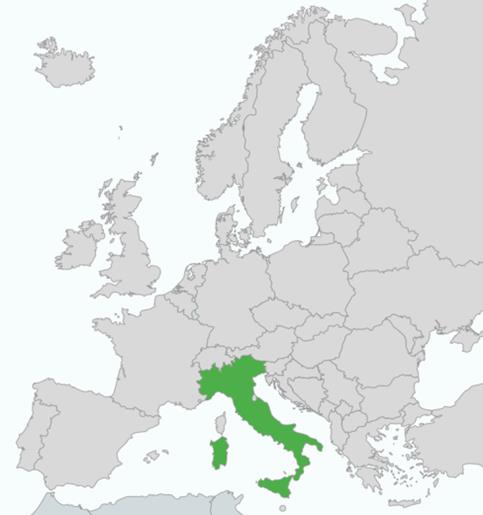 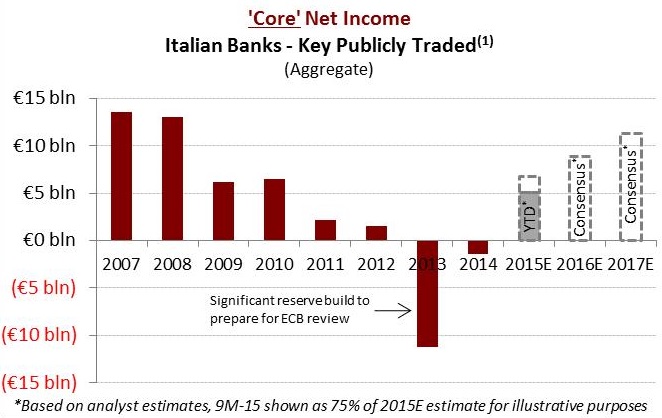 Headlines such as these have overshadowed many positive underlying trends for Italian banks. In fact, Italy is one of the few countries with a number of concurrent positive trends for its banking sector all moving together: improving profitability; fiscal/regulatory reforms (including electoral and bankruptcy reform); and bank reform (including bank governance reform, and a plan for a “bad bank”).

Of note, the bid/ask spreads on these loans are amplified by Italy’s multi-year bankruptcy process (resulting in Italian bank loan buyers requiring an additional rate of return to reflect the time value of money). This has contributed to an illiquid market, as this wide spread remains a significant barrier to offloading NPLs. In fact, to maximize recoverability, Italian banks have an incentive (for now) to work out the loans, and/or see the bankruptcy process through to its conclusion. Although positive to shareholders in the next several years (via ultimately higher recoverability), investors clearly favour a more rapid clean up even at the expense of higher losses, in order to achieve greater earnings and capital visibility (since NPLs tie up regulatory capital). For now, we see the current “bad-bank” proposal as a marginal positive.