We recently traveled to Denmark to meet with regulatory policy experts and representatives from the country’s major banks. Denmark is the smallest of the Nordic countries by size, but the second largest by population with ~5.7 mln. It remains outside of the eurozone, along with three of the other four Nordic countries (Finland is a eurozone member). It has a developed (mixed) economy focused on foreign trade, and ranks as the 8th most economically productive country in the world (4th excl. very small economies) with GDP per capita of ~US$61,300 (Canada at ~US$50,000). It maintains robust social spending with tax revenues of over 50% of GDP (highest in the OECD). 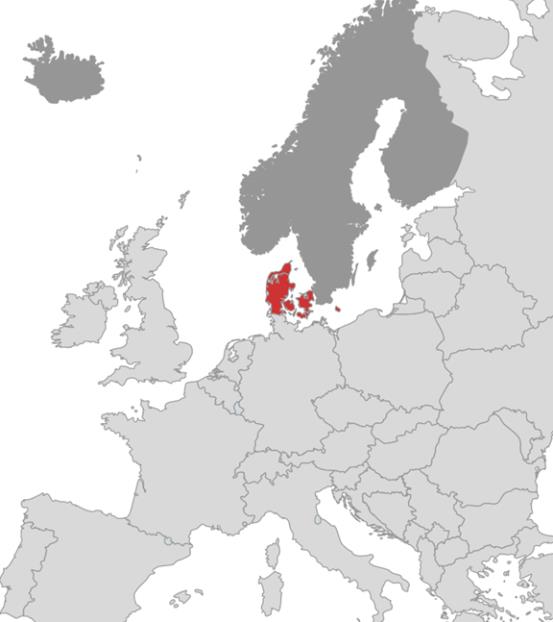 Denmark has a developed banking sector that is supported by solid real GDP growth, forecast at 1.9% in both 2016 and 2017, respectively (i.e., similar to Canada). The banking sector has some of the highest capital levels globally (>15% CET1 on average) – as is common among Nordic countries. The sector is made up of 5 key publicly-traded banks in addition to numerous private banks. The largest domestic bank, by far, is the publicly-traded Danske Bank with over 50% of total sector assets. Sweden’s Nordea bank also has a strong footprint, with the 2nd highest number of branches in the country (and US$120 bln of bank assets in the country).

Similar to Dutch banks, banks in Denmark (along with domestic financial authorities) are lobbying against the proposed changes to increase mortgage risk weight floors. Policy experts with whom we met stated that they intended to defend the Danish mortgage credit system, as it is critical to the country’s financial system. Despite a 22% decline in house prices from 2007 to 2009, Danish banks performed very well in terms of loan losses. One bank noted that they had 25bps of loan losses at the peak of the crisis, and given this, putting extra risk weights on mortgages “makes no sense”. A meeting participant from another organization noted that he felt as though his bank was being punished without doing anything wrong. The same executive told us that increasing to a 25% floor (from the current level of ~15%) would lead to a very material 300 bps drop in their CET1 ratio, given the high percentage of mortgages in their loan book (i.e., from over 15% currently to closer to 12% – or still higher than Canadian banks, which are closer to 10%).

There is significant competition in the Danish mortgage market amongst lenders. Most industry participants follow NyKredit on pricing, which as the dominant originator in the space has significant influence[5]. Another lender told us that they expected NyKredit to raise mortgage rates if the higher risk weight floors are implemented, i.e., pass the incremental costs on to the customers.

Denmark’s central bank, the Danmarks Nationalbank, has maintained a policy to keep rates in negative territory, which has unsurprisingly had a negative impact on bank profitability, in particular, by weighing on net interest margins. Concerns over economic growth and general economic uncertainty have resulted in lower credit demand, particularly for corporations, which has led to greater pricing competition, according to some executives. In a sign of frustration, one bank executive noted that “the central bank governor doesn’t care about the Danish banks’ P/L, as he only cares about stabilizing the Kroner”.

Given the regulatory pressures and associated costs, combined with the low rate environment, there has been an increase in the level of consolidation in the banking sector. One meeting participant, whose organization recently completed a material acquisition, expects this trend to continue given the anemic outlook for top and bottom line growth (i.e., public buying private banks).

[1] Includes Danske Bank (DANSKE), Jyske Bank (JYSK), Sydbank (SYDB), Spar Nord Bank (SPNO), and Ringkjoebing Landbobank (RILBA). Financial data as of Q3-15 (LTM), market data as of December 16th, 2015. Dollar values are sector aggregates, other values are sector averages.
[2] For reference, Canadian banks on average have a: dividend yield of 4.6%, ROE of 14.8%, reserve ratio of 0.60%, provision ratio of 0.28%, and CET1 of 10.4%.
[3] Equal to Danske Bank’s leverage ratio due to availability of data. Shown as the supplementary leverage ratio defined by CRD IV / Basel III as common equity tier 1 and additional tier 1 capital as a percentage of total leverage exposure, which includes both on and off-balance sheet exposures. Typically, we refer to leverage as the ratio of tangible assets to tangible common equity.
[4] For ease of use, we have used the Canadian vernacular.
[5] NyKredit is a mutual, and is not included in the banking sector statistics table. The company’s mortgage bank, NyKredit Realkredit, is the largest issuer of covered bonds in the country. Proceeds from issuing covered bonds are used to fund new mortgage loans.