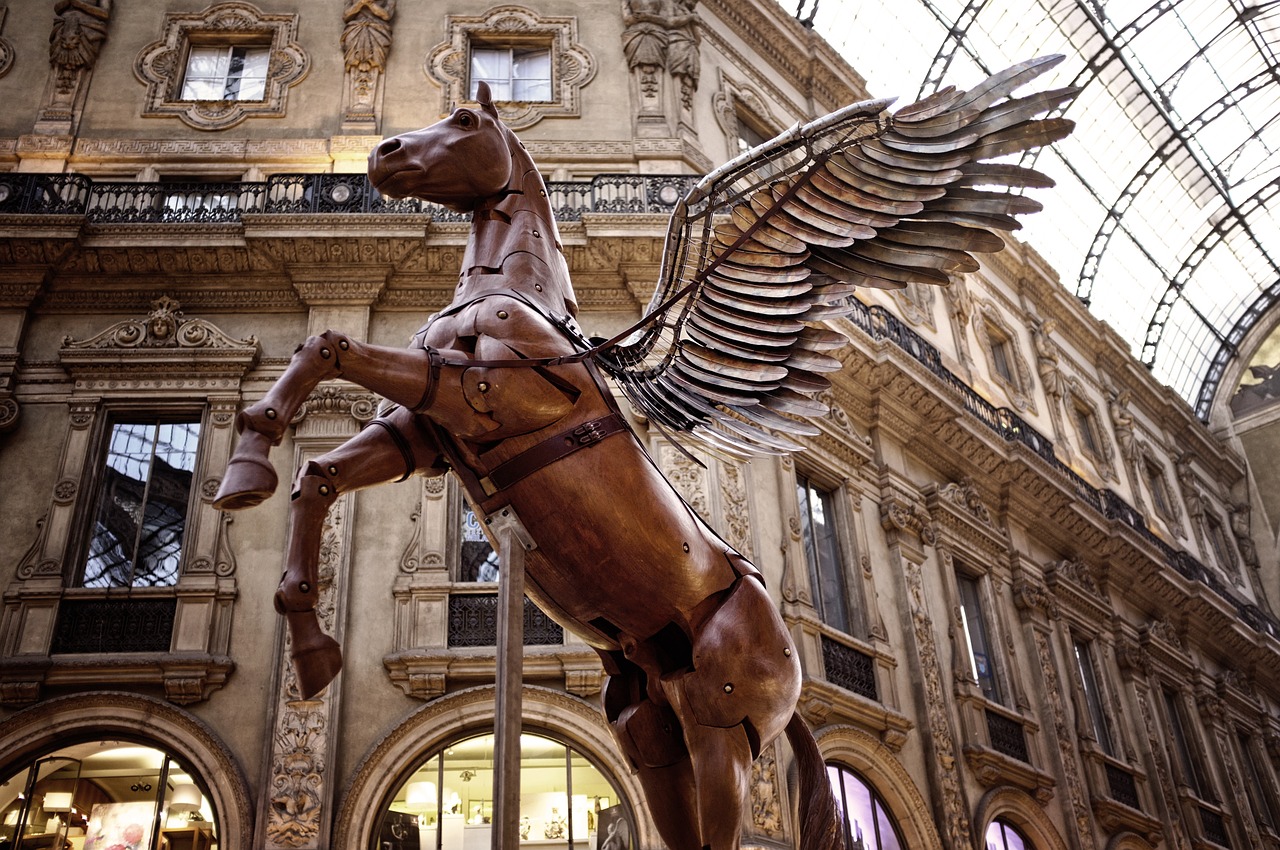 We recently traveled to Milan and met with representatives from Italy’s three largest banks. These banks have combined assets of ~€1,800 bln, loans of ~€960 bln, and market caps of ~€85 bln. We also recently traveled to the U.K. and had the opportunity to meet with the 4th and 5th largest Italian banks while there. Despite a challenging 2016 in terms of market returns, the stock prices of the banks we met on the trip to Italy have increased between ~15% and ~30% year-to-date, indicative of investors’ views that an Italian economic recovery is underway (real GDP expected to increase by at least 1.0% for the first time since 2010[1]). The Hamilton Capital Bank ETF (HBG) currently has ~3% exposure to Italian financials, while the Hamilton Capital Global Financials Yield ETF (HFY) has ~2% exposure.

Before we review the highlights of our meetings below, some relevant background is helpful in understanding our conclusions. In Italy, it can take up to 10 years to foreclose on property, to allow for seizure and liquidation of collateral (although worth noting, attempts to reform in recent years have had some success). As a consequence, in economic periods with very slow or even negative growth, the result can be a “stacking” of bad loans on the balance sheet as banks await the process of liquidation. This is the most significant cause of the very high NPLs that are well reported in the financial media. Less well understood is the “stacking” of reserves set aside each year to absorb the eventual realization of losses related to those loans.

Therefore, while it is certainly true that Italian banks have very large NPLs and that this traps capital, creates uncertainty of outcome, and reduces ROEs, it is also true that to account for expected losses from these large portfolios, banks have set aside on their balance sheets large allowances to absorb estimated losses (often in the 6-8% range, going through income and capital). This helps explain why coverage ratios plus cumulative write-downs would imply financial risk to the sector is dramatically lower than that noted by the financial media. This incomplete picture of the risk from the sector’s reported NPLs also places pressure on the banks by regulators and investors to “just sell them”. Until recently, one of the most significant risks facing the sector was that the regulators would disregard the coverage ratios, and simply require loan sales at distressed prices, placing pressure on capital ratios, and for a number of smaller/immaterial banks, lead to possible dilutive capital raises. And finally, this problem was exacerbated by German opposition to the Italian government injecting capital into certain institutions in efforts to provide liquidity and facilitate reduction of NPLs to reduce systemic risk. This opposition was made publicly, notwithstanding the fact this policy action was used successfully by a number of countries during and after the crisis, including Germany (which while opposing the Italian government at the same time continued to own ~15% of CBK GR).

The highlights of the meetings were as follows:

Arguably the most important topic of the meetings was on the banks’ non-performing loans (NPLs). Italian banks have notably high NPL ratios (e.g. ~10-15%, as a % of loans) and have made significant efforts (and progress) to reduce this exposure through both internal management and portfolio sales. In regards to the benefits of selling NPLs, there was disagreement among the trip participants. One bank’s representative stated that selling these loans on a large scale doesn’t make sense at this time (although the bank already sold €2bln of loans that they stated would have cost too much to manage going forward), with the economic recovery pushing up collateral values (e.g. rebound in real estate prices). Private equity firms, which are often the bidders for these assets, are typically only offering 20% of book value for the loans, and are “acting as if the collateral doesn’t exist”. This bank, which has over 1,000 people employed in its NPL group, also noted that they are “working out” numerous loans, and are confident in getting substantial recoveries from NPLs.

The two other banks on the trip were positive on the strategy to sell NPL portfolios going forward. It should be noted that the European Central Bank (ECB) may be putting pressure on these banks to de-risk their portfolios at a faster pace. These banks have announced plans for further large-scale NPL sales, with one committing to selling off €8bln of NPLs over a three-year period. While we were in Italy, this bank was finalizing the sale of ~€700mln of NPLs, a process in which they stated there was strong interest. In fact, during our meeting with the bank, a news release came out that the bank had sold this portfolio of loans for 35% of book value, a claim the representatives pushed back on as the transaction had not yet closed (five interested parties submitted binding offers). The representatives did assure us that selling a portfolio at such a low level of book value would not lead to further losses on the sale, as they had already partially written the loans down and provisioned against the remaining amount. This bank now has ~300 people working in the NPL unit and the manager of the group reports directly to the CEO, a structure indicative of the group’s relative importance.

An issue weighing on Italy’s banking sector is the country’s inefficient bankruptcy process, which leaves lenders waiting for years to take possession of loan collateral. As one meeting participant told us, bankruptcy proceedings can take between two and ten years (seven years on average). He stated that different courts operate in different ways, and the problem is the application of the rules, not the rules themselves, with standardization across the system being the ultimate goal for reform. There were differing views among the banks in regards to the potential for these changes.

One bank representative told us that there won’t be a material change in the law (and its application) unless the European Commission pushes the Italian government on this issue. He also said if the new rules appear as if they are in favour of the banking industry, it’s not likely to have much support within the country. In contrast, another bank stated that they are confident that these new measures will get passed (reducing the bankruptcy process to two years), but this will take time. Supporting this view, another meeting participant expects the changes will be implemented, as “people now think the reforms need to happen” and “most Italians understand this now”.

Former Prime Minister Renzi’s constitutional referendum in December 2016 was viewed as the first step in fixing some of the country’s problems, but as this was rejected, many feared that labour and bankruptcy reforms were on hold. As meeting participants noted, the political situation in Italy is “a big problem… but Italians are used to it” (e.g. 65 different governments since WWII). In fact, one representative told us that Italians, in general, have more confidence in their banking system than they do in the government.

The level of confidence and enthusiasm of meeting participants was significantly higher than expected. One bank made efforts to tell us that life and economic growth in Italy are much better than perceived from outside the country, with another meeting’s participant noting that consumer confidence is on the rise. Multiple banks stated that consumption and loan demand are strong in Italy (and increasing), and they are seeing this growth manifest itself in multiple areas.

The real estate market in Italy appears to be recovering, with one representative telling us that they are seeing an increase in the number of transactions in both commercial and residential real estate. All banks noted that there is significant competition for domestic mortgages, for which they are seeing sustained growth, while one bank representative stated that there is strong loan demand from small and medium-sized enterprises (SMEs). One meeting participant declared that his bank is losing market share in short-term lending to corporates, and they, along with another bank on the trip, noted that competitors are offering rates so low that they don’t understand how the loans can be profitable (a common complaint made by bankers about their competitors).

Although there are over 20 banks in Italy, there was consensus among the meeting participants that M&A is likely on hold in Italy (note, these meetings took place before the just-announced rescue of two failing Veneto banks[2]). They attributed this to multiple factors, with the biggest being the involvement of the ECB as the regulator. According to multiple meeting participants, the requests made by the ECB as part of a recent transaction, both during the process and as condition of approval, have likely scared others away from pursuing deals. A representative from one bank stated that the ECB made approval for the deal contingent on a capital raise and a multi-billion euro decrease in non-performing loans, the former a condition which was not viewed as required if the bank was to continue operating as a standalone entity.

Another major impediment to additional M&A is how the country’s labour laws and practices impact the prospect of synergies. As one bank representative told us, in previous years a bank would pay approximately two years’ salary in severance when letting an employee go, but now this has increased to between four and six years, which makes the costs of cutting jobs that much higher and therefore transactions less accretive. This bank’s representatives stated that they will now focus on selectively acquiring people (e.g. private bankers and asset managers), but not companies. One bank that recently completed a merger told us that it was very difficult to mention higher synergies when they announced the deal, even though they had already reached agreements with local unions in advance.

Banking Sector Lacking a Cheerleader; No Worries about Capital

Given the recent struggles of the Italian banking sector, we asked meeting participants if the local regulator and/or the government are supporting the country’s banks in ECB meetings. One bank told us that the Italian government is more aligned with the ECB, and that they do not expect substantial support from the local regulator or the ECB. That stated, the representative did stress that they have developed a very strong relationship with the ECB (“we don’t see them as an enemy”). Another bank told us that they believed the political influence of the Bank of Italy is quite low within the ECB, and that there is not a lot of support for the domestic banking sector with region’s regulator.

In terms of capital, one meeting participant told us that the only way to stay on the ECB’s good side is to maintain a substantial buffer for Common Equity Tier 1 (CET1). When pressed on the dynamic between paying out and maintaining a high dividend (which this company does) and keeping its large CET1 buffer, the representative told us “the secret is to have high profits”. With the ever-changing landscape on capital requirements, we asked about the banks’ preparations for Basel IV. One bank representative joked that Basel IV, which seems to be perpetually delayed, “will happen in 2027, and will be phased in until 2031”.

[1] Source: Bloomberg
[2] The Italian Government agreed to provide Intesa Sanpaolo, the country’s 2nd largest bank, with state support to complete a takeover of Banca Popolare di Vicenza and Veneto Banca. Intesa stated that it will not acquire any NPLs, and that this transaction is neutral to its capital ratios and dividend policy.