We recently traveled to Sweden to meet representatives from the country’s four major banks and regulatory policy experts. For background, Sweden is the largest of the five Nordic countries by both population (9.7 mln) and economic output (US$570 bln). Of significance, it remains outside of the eurozone, i.e., it has its own currency/central bank (Finland is the only Nordic country in the eurozone; the other three Nordic countries are: Denmark, Iceland, and Norway). 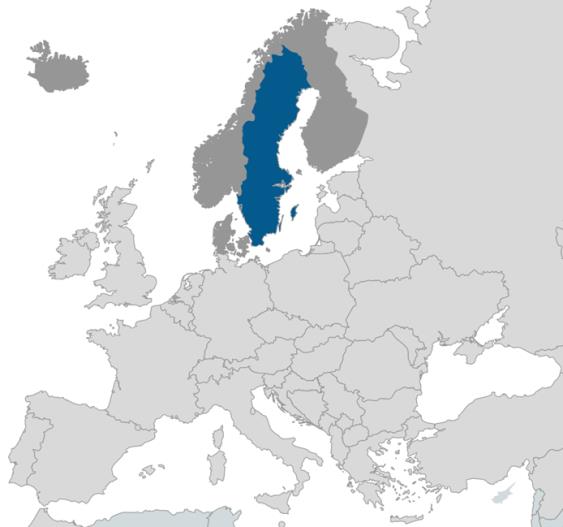 Sweden has an advanced (mixed) economy focused on foreign trade, and ranks as the 10th most economically productive country in the world[5], with GDP per capita materially higher than Canada (~US$59,000 versus Canada at ~US$50,000). Sweden’s GDP is also forecast by economists to grow faster than Canada, at 2.8% and 2.7% in 2016 and 2017, respectively. Its track record of fiscal responsibility (post 1990s banking crisis), which has been supported by the implementation of a ceiling on government expenditures and a surplus goal, has helped the country avoid the recent austerity measures experienced by many of its European counterparts.

Sweden’s banking sector is dominated by four large banks (NDA, SHBA, SEBA, SWEDA). These banks hold some of the highest levels of regulatory capital globally, which is mandated due to the sector’s significant concentration, interconnectivity[6] and aforementioned banking crisis in the 1990s. Not unlike Canada, Sweden’s banks are highly exposed to the domestic housing market, where recent price increases have raised concern over the health of the country’s financial system.

Sweden’s banks have funded the country’s significant growth in mortgage loans by issuing covered bonds[7] that are backed by revenue from other mortgages. To compensate for the concentration risk this presents to the system, Sweden’s banks are required to hold capital using a 25% risk weight floor on mortgages, in addition to implementing a countercyclical buffer. All bank executives with whom we met noted how competitive the mortgage market is, even with these higher capital requirements (although most are still seeing pricing discipline). One bank representative commented that government policies have pushed prices higher by restricting new supply.

In our meeting with Lansforsakringar Bank, the country’s 5th largest lender, management discussed how it continues to take market share from the “Big 4” publicly-traded banks. This challenger bank, owned by 23 insurance companies, detailed its process of originating mortgages through the aforementioned insurance shareholders, who then share the credit risk.

The Riksbank (Sweden’s central bank) recommended that the country’s banks hold a 4% leverage ratio as soon as possible (all but one of the “Big 4” banks are above this), and work towards a 5% ratio by January 2018[3]. Riksbank representatives explained to us that they are comfortable pushing their banks to hold these higher levels of capital given the systemic risks the larger banks pose to the country’s financial health. When pressed on whether this may make Sweden’s banks less competitive, they noted that the country’s banks still earn attractive ROEs, in combination with paying out high dividends (i.e., yields over 5%).

The Riksbank has kept interest rates in negative territory, and noted to us that they may need to follow the ECB further down if there were additional cuts, due to the country’s lack of inflation (note, they did not follow through with this plan). The meeting participants expressed hope that increases in government expenditure to support the country’s massive influx of economic migrants/refugees (estimated 200k this year alone) would stimulate inflation.

Private sector sentiment towards the central bank’s recommendations and policies is mixed. Some bank executives noted the benefits of higher capital requirements, particularly in the form of lower funding costs in the wholesale market (on which all Swedish banks are dependent). From a rate perspective, one executive expressed frustration over the confusion that policy is creating, stating that negative central bank interest rates are giving the impression of a struggling economy despite Sweden’s strong GDP growth.

[1] Includes the “Big 4” banks: Nordea (NDA), Svenska Handelsbanken (SHBA), Skandinaviska Enskilda Banken (SEBA), Swedbank (SWEDA). Financial data as of Q3-15 (LTM), dividend payout ratio for fiscal 2014, market data as of December 21st, 2015. Dollar values are sector aggregates, other values are sector averages.
[2] For reference, Canadian banks on average have a: dividend yield of 4.6%, ROE of 14.8%, reserve ratio of 0.60%, provision ratio of 0.28%, and CET1 of 10.4%.
[3] Shown as the supplementary leverage ratio defined by CRD IV / Basel III as common equity tier 1 and additional tier 1 capital as a percentage of total leverage exposure, which includes both on and off-balance sheet exposures. Leverage ratios are also often expressed as the ratio of assets to core capital (i.e., tangible assets (TA) divided by tangible common equity (TCE)).
[4] In the vernacular of Swedish banks, reserves are referred to as provisions, and provisions are referred to as credit impairments. For ease of use, we have used the Canadian vernacular.
[5] It is the sixth wealthiest excluding Luxembourg, Macau, Bermuda, and the Cayman Islands.
[6] Sweden’s banks take direct ownership in one another, with approximately 30% of the total bank equity owned by other banks.
[7] Covered bonds are debt securities which are backed by the cash flows produced by a pool of assets.