We recently traveled to Switzerland to meet with regulatory policy experts and representatives from the country’s major banks. Switzerland, while geographically small and landlocked, is home to a highly developed and skilled economy. It is one of the world’s most affluent nations, with the 6th highest GDP per capita (3rd excl. very small economies) of ~US$87,000 (Canada at ~US$50,000). Consistent with its longstanding neutrality, Switzerland is not a member of the eurozone or European Union. 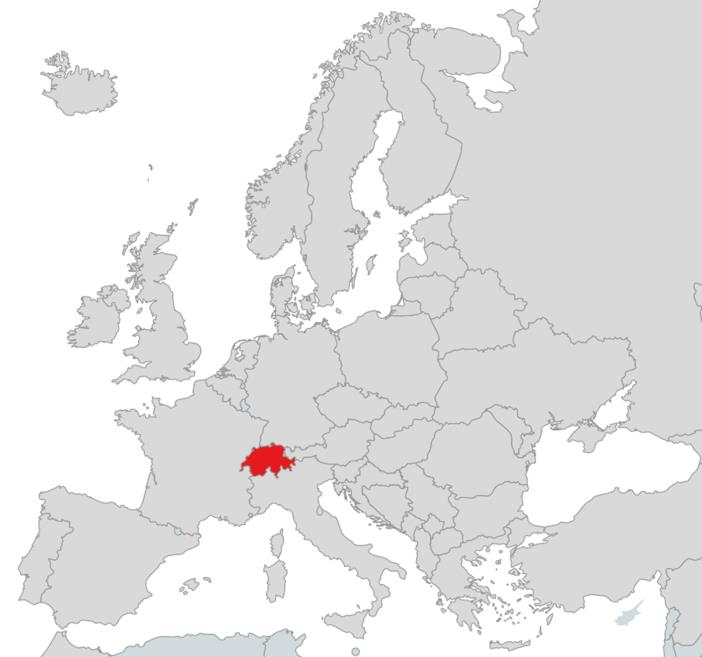 Of note, in January 2015, the Swiss National Bank (SNB) abandoned its currency peg to the euro, which was implemented in 2011 to prevent continued appreciation. In lifting the peg, the SNB cited a decrease in “overvaluation” of the franc, although they were likely also influenced by stakeholder concerns over increasingly high foreign exchange reserves. The resulting spike higher in the currency (up ~10% versus the euro since the removal of the peg) has been a headwind for the economy, which is forecast to grow at 1.2% for 2016 and 1.7% in 2017.

Switzerland’s banking sector is very developed, containing two of the world’s largest and most recognized banks (Credit Suisse and UBS) as well as several large private (i.e., offshore) and cantonal banks[5]. Swiss banking assets as a percent of GDP, bank market capitalization as a percent of GDP, and bank assets per capita are all among the highest in the world, surpassed only by the likes of Luxembourg and Hong Kong. In particular, Swiss banks are known for their private banking businesses enabled by strict secrecy laws, which manage well over US$6 trillion in assets overall. On average, these banks maintain high levels of regulatory capital (CET1 of 17%) and strong credit metrics (e.g., reserve ratios, provision ratios), indicative of their high asset quality and focus on private banking[1].

Private banking in Switzerland is facing a structural change. A global focus on terrorism/anti-money laundering, combined with large deficits among the largest economies, has led to increased scrutiny on the banks regarding off-shore financing and tax evasion. This has resulted in a decline of the advantage from strict bank secrecy laws, which is negatively impacting the sector’s competitiveness and earnings profile. This, combined with significant regulatory changes and oversight, has led to a cycle of consolidation amongst the smaller banks, which all meeting participants, that were asked, thought would continue. All banks executives with whom we met told us of their plans to increase their focus on asset management, which many view as complementary to their traditional strength in private banking.

The Department of Justice in the United States is still investigating many of the banks for assisting their clients in evading U.S. taxes, which is proving to be a valuation overhang. Bank executives at one meeting were clearly pleased to have recently settled with the DOJ, even though as they noted, the fine was over twice the amount which was originally expected. A senior representative from another bank told us that he had no further clarity on the potential outcome of the settlement process, but felt that his organization had provisioned accordingly (note: the bank settled after our meeting, and the fine was over 50% larger than expected).

The Response to Negative Rates

The Swiss National Bank (SNB) has implemented negative interest rates, the effect of which has put pressure on bank earnings by essentially charging banks for holding reserves at the central bank (above a certain threshold). However, multiple executives noted that a large percentage of their clients’ assets, and much of the companies’ earnings, are denominated in currencies other than the Swiss Franc, which has mitigated the negative impact from the drop in rates.

As in other European countries, Swiss banks are charging their large private and corporate customers for deposits, but policy experts told us that charging retail customers would be extremely risky. They noted the potential danger of having retail customers withdraw deposits en masse, and the subsequent negative consequences that would have for the banking industry and the financial system as a whole.

[1] Includes UBSG, CSGN, BAER, BCVN, VONN, EFGN, and VATN. Financial data as of Q3-15 (LTM), market data as of December 16th, 2015. Dollar values are sector aggregates, other values are sector averages.
[2] For reference, Canadian banks on average have a: dividend yield of 4.6%, ROE of 14.8%, reserve ratio of 0.60%, provision ratio of 0.28%, and CET1 of 10.4%.
[3] Shown as the supplementary leverage ratio defined by CRD IV / Basel III as common equity tier 1 and additional tier 1 capital as a percentage of total leverage exposure, which includes both on and off-balance sheet exposures. Typically, we refer to leverage as the ratio of tangible assets to tangible common equity.
[4] For ease of use, we have used the Canadian vernacular for reserves and provisions.
[5] Local banks from each Swiss canton, with material government ownership, that focus on savings and mortgages.