We recently traveled to the Netherlands to meet with representatives from the country’s major banks and regulatory policy experts. The Netherlands is the most densely populated large economy outside of Asia, with 16.8 mln people, and is a member of the eurozone. Its developed economy is focused on foreign trade, and it ranks as the second largest exporter of agricultural products in the world. It’s GDP per capita is the 2nd highest in the Eurozone – just behind Ireland – at ~US$52,400 (Canada at ~US$50,000).

The Dutch government responded to the global financial crisis by providing bailout support to the banking sector and stimulus spending, resulting in a large deficit that later led to the introduction of fiscal austerity measures. In the most recent stress tests, the banks were deemed well-capitalized (avg. CET1 at 13.8%). The Dutch economy is forecast to grow at 1.8% in 2016 and 1.9% in 2017. 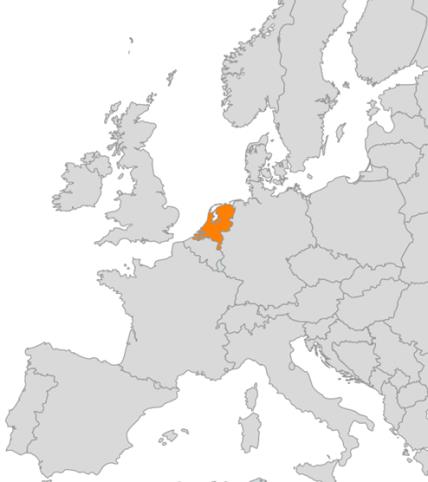 The banking sector in Netherlands is dominated by three large banks, two of which are public (INGA and ABN)[1]. The largest, ING Group, is geographically well-diversified, earning ~30% of income in its home country, ~20% in Belgium, and ~36% across the rest of Europe. The cooperative organization Rabobank Group has the largest retail presence in the Netherlands, while the newly public ABN AMRO Group earns a slightly higher proportion of earnings from corporate/private banking.

There is a significant lobbying effort underway to prevent the implementation of higher risk weight floors on the banks’ mortgage loans in the Netherlands (i.e., in line with Sweden at 25%). Bank executives noted during our meetings that although their country experienced a significant downturn in house prices from 2008 to 2013 (drop of ~21%), they had very low loan losses throughout this period (one stated that their total loan losses were 6 bps). Meeting participants attributed this to a legal system which shows material favour to the lender in the event of non-payment, which significantly influences behaviour on the part of the borrower. Alongside this, the government has implemented rules in recent years which have strengthening the quality of the loans by enforcing shorter amortization periods, the prepayment of principal amounts, and lower loan-to-values (LTVs).

The mortgage market was recently dominated by a cooperative organization, but representatives from that group told us that they are in the process of shrinking their balance sheet (coincident with significant operational changes to the federation). They also noted that there has been a large shift in the mortgage space, with the market share of the banks and credit unions dropping from 80-85% to 65-70% in just a few years, as insurance companies and pension funds have become more meaningful participants in the market.

Banks in the Netherlands are paying positive interest rates to their retail deposit customers (in contrast to banks in many other European nations which have dropped these rates to zero), but are charging large corporate and private banking customers for similar services. One bank representative noted that they are testing lower rates on retail customers (although still above 1%) and are monitoring deposit stickiness (i.e., potential disintermediation to higher yielding substitutes).

De Nederlandsche Bank (the DNB), the central bank of the Netherlands, is limited in its direct power over the country’s banks. As part of the Eurozone, the country’s interest rates are set by the ECB (although the DNB has some influence in that forum), leaving the Dutch central bank in charge of the domestic systemically important financial institution (D-SIFI) buffer. Policy experts with whom we met seemed to imply that the DNB wouldn’t lower the domestic buffer if higher mortgage risk weight floors are implemented, noting systemic risks and its desire to maintain high levels of capital in the system. Meeting participants also told us that they were comfortable with the growing pervasiveness of non-bank players in the mortgage space, anecdotally stating that a mortgage may make more sense on the balance sheet of an insurance company than that of a bank.

[1] Includes ING Groep N.V. (INGA) and ABN AMRO Group NV (ABN). Financial data as of Q3-15 (LTM), market data as of December 16th, 2015. Dollar values are sector aggregates, other values are sector averages.
[2] For reference, Canadian banks on average have a: dividend yield of 4.6%, ROE of 14.8%, reserve ratio of 0.60%, provision ratio of 0.28%, and CET1 of 10.4%.
[3] Shown as the supplementary leverage ratio defined by CRD IV / Basel III as common equity tier 1 and additional tier 1 capital as a percentage of total leverage exposure, which includes both on and off-balance sheet exposures. Typically, we refer to leverage as the ratio of tangible assets to tangible common equity.
[4] For ease of use, we have used the Canadian vernacular.