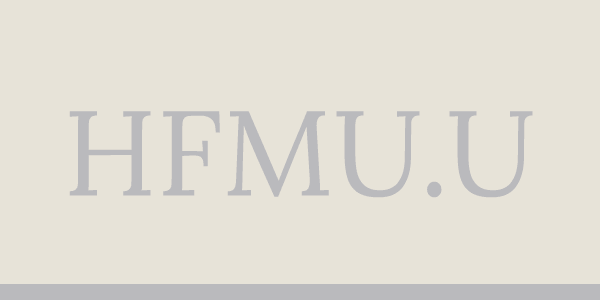 In Q1 2019, the holdings in the Hamilton Capital U.S. Mid-Cap Financials ETF (USD) (ticker: HFMU.U) recorded year-over-year portfolio-weighted EPS growth of a strong 13%[1], or ~500 bps ahead of the large-caps at 8%[2].  This strong performance was supported by excellent fundamentals including stable margins, steady volume growth and a benign credit environment.

Within HFMU.U, all three major sub-sectors grew earnings by double-digits, and two outgrew their large-cap peers, with the largest contributor being the ETF’s mid-cap bank holdings, which represent over 60% of the ETF (and are largely unrepresented in the index). These 40+ mid-cap banks grew EPS by 13% y/y, 900 bps higher than the regional/trust banks and almost 300 bps better than the four mega-cap banks. HFMU.U’s wealth management positions grew EPS by 13% y/y while insurers grew 10% y/y (versus a 1.7% decline for the large-cap wealth managers and 14% growth for large-cap insurers).

This is the seventh consecutive quarter since the ETF’s inception that earnings growth for HFMU.U’s holdings has (materially) outpaced the U.S. large-cap financials. As the chart below highlights, portfolio-weighted EPS growth for HFMU.U has been in the high teens for the last 5 consecutive quarters (excluding the benefit of the U.S. tax reduction – which added an additional ~18%-20% to EPS growth during 2018). 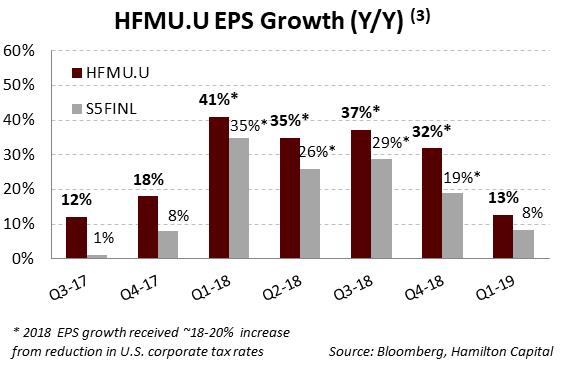 We attribute this meaningfully higher EPS growth to stock selection including an emphasis on: (i) higher growth U.S. MSA/states, (ii) overweighting banks and wealth managers with more stable rate sensitivity (during a period of moderating Fed Funds rate hike expectations), and less significantly (iii) ongoing consolidation.  Against the backdrop of improved fundamentals, we believe consolidation is poised to accelerate across all financial sub-sectors, including banking – a view supported in part by the recent BBT-STI transaction (see our February 8th, 2019 insight, “U.S. Bank M&A: Implications from the Largest Deal in a Decade”).

We continue to believe that investors seeking exposure to the U.S. financials sector should allocate a material component to U.S. mid-caps given the category’s significant breadth, high quality, and favourable regulatory and operating backdrop. Moreover, U.S. mid-cap financials continue to trade at valuation discounts, offering the potential for multiple expansion.  As the chart below highlights, the current holdings of HFMU.U trade at 10.8x, a 22% discount to their five year average. 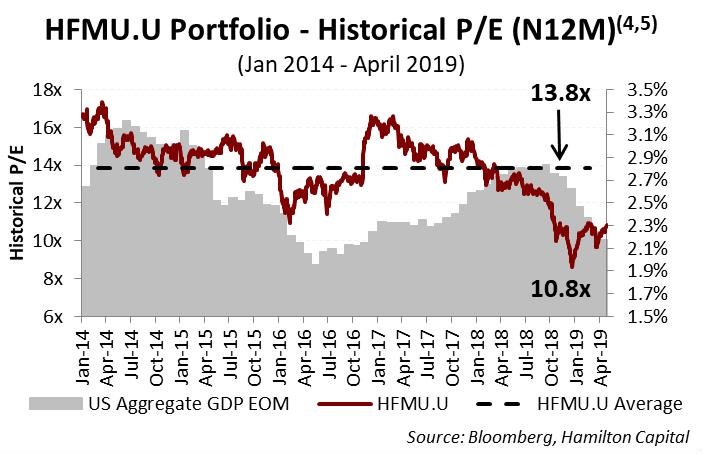 [1] 100% of HFMU holdings had reported as of May 9, 2019.
[2] The U.S. financials are those represented by the S&P Financials Selector Sector Index, the S5FINL Index (ex-Berkshire). We exclude Berkshire Hathaway because its large quarterly investment gain/loss creates significant variability that disproportionately impacts the earnings growth of S5FINL (both positively and negatively). Earnings growth for each position is calculated using most recent quarterly adjusted EPS (or FFO) divided by the prior year’s quarterly adjusted EPS (or FFO), capped at +/- 100%.
[3] Portfolio-weighted average.
[4] Portfolio weights as of April 30, 2019.
[5] GDP data is a blended forward 12 month forecast of quarterly estimates. Data prior to October 31, 2014 uses actual GDP growth (versus market forecast).