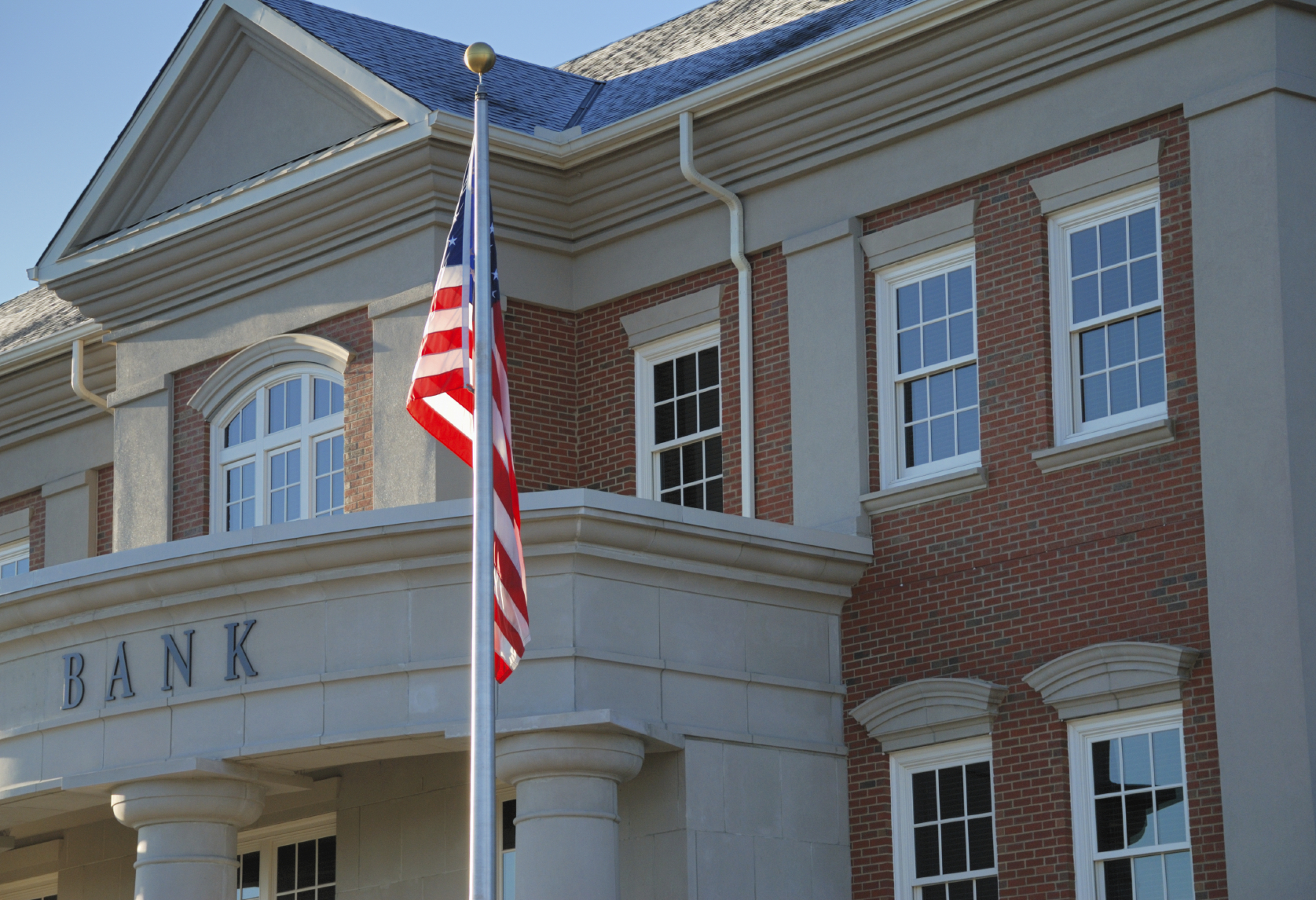 On Thursday morning, BB&T (BBT) and SunTrust (STI), two of the largest banks in the U.S. Southeast, announced a merger of equals (“MOE”). With an aggregate deal value approaching US$66 billion, the transaction marks the largest bank M&A deal since the 2008 financial crisis and will create the 6th largest bank in the United States. In this update we provide our thoughts including the main takeaways of what the deal means to U.S. banks.

Expect M&A to Be Key Theme for SMID Banks

As we explain below, we expect U.S. bank consolidation will accelerate but that M&A deal activity will predominately be within the small and mid-cap banks (or “SMID banks”). The Hamilton Capital U.S. Mid-Cap Financials ETF (USD) (ticker: HFMU.U) has exposure to 40 U.S. mid-cap banks, accounting for ~70% of exposures, while the Hamilton Capital Global Bank ETF (ticker: HBG) has exposure to over 20 U.S. mid-cap banks, accounting for ~45% of exposures.

The U.S. bank holdings in both HFMU.U and HBG continue to generate excellent fundamental performance with EPS growth materially above their broader categories, supported by a favourable economic backdrop, stock selection, and an emphasis on higher GDP growth markets/MSAs. Last year, EPS growth for the entire U.S. banking sector was particularly high with margin expansion (from a rising Fed funds rate) and the reduction in corporate taxes as key contributors.

In the last 40 years, U.S. bank consolidation has been a secular theme, as the number of U.S. banks has fallen by nearly two-thirds since the early 1980s (see chart). We expect consolidation to continue for at least another 10 years.

U.S. bank consolidation has also been a cyclical theme, meaning activity has varied widely between certain time periods. The 20 year period from 1995 to 2005 saw robust M&A activity. However, M&A activity has been relatively low since the financial crisis. 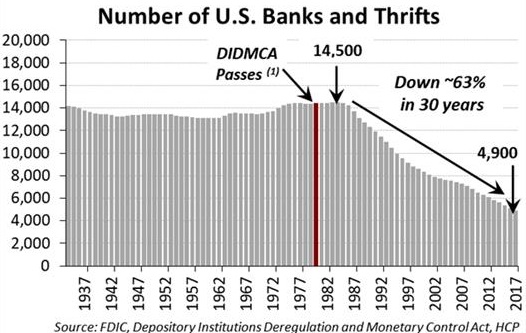 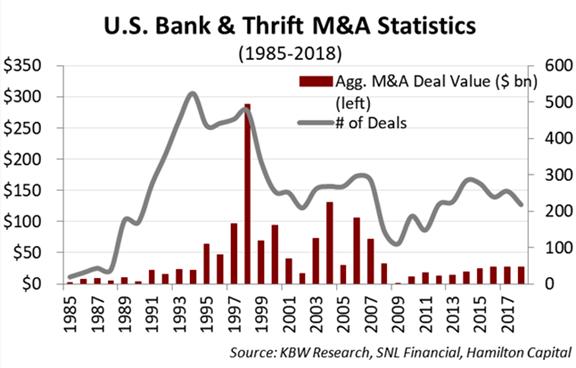 While both HBG and HFMU.U have benefited from bank M&A, the overall impact has been small given the relatively low activity/deal values. That said, we believe the BBT/STI merger is significant as it signals (a) U.S. bank M&A activity is likely to accelerate in the coming years, and (b) the nature of M&A is likely to be different, at least in the next few years (i.e., more MOEs/low premium transactions).

Key Takeaways from the Largest U.S. Bank Deal in a Decade

We wrote in our May 2018 insight, “U.S. Banks: 3 Deals in 3 Weeks. Will M&A Accelerate Post-Dodd-Frank?”, that we believed the bipartisan Crapo bill passed by Congress removed key impediments to consolidation, particularly for the SMID-cap banks[2]. After nearly a decade of relatively low deal values, we expect M&A activity will accelerate in 2019 and 2020, particularly now that much of the “easy” earnings from a rising Fed Funds rate have been realized.

Key takeaways from the BBT/STI deal:

Next week, we will provide our views on what this deal might mean to the U.S. platforms of the Canadian banks.