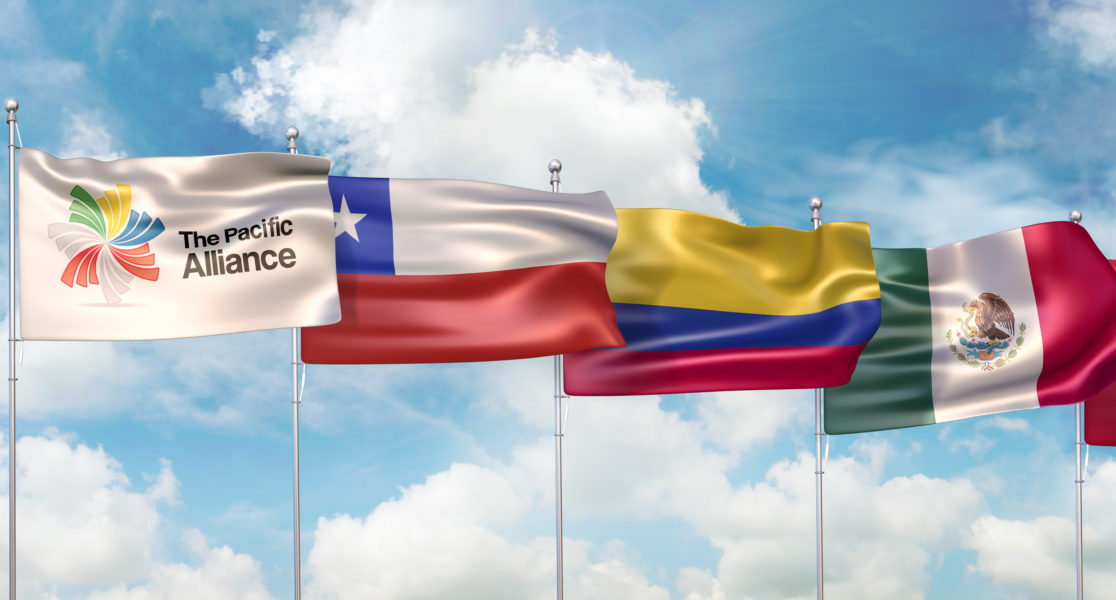 Last week, Bank of Nova Scotia reported its Q3 results and its International Banking division generated solid double-digit earnings growth, supported by a strong economic backdrop and acquisitions. Within this segment is the Bank’s operations in the Pacific Alliance, the Latin American trade bloc that includes Peru, Chile, Columbia, and Mexico. This very large emerging markets platform has over $100 bln in loans, generates earnings of ~$500 mln a quarter and has been a significant contributor to the earnings growth of Scotia’s International Banking in the last several years. 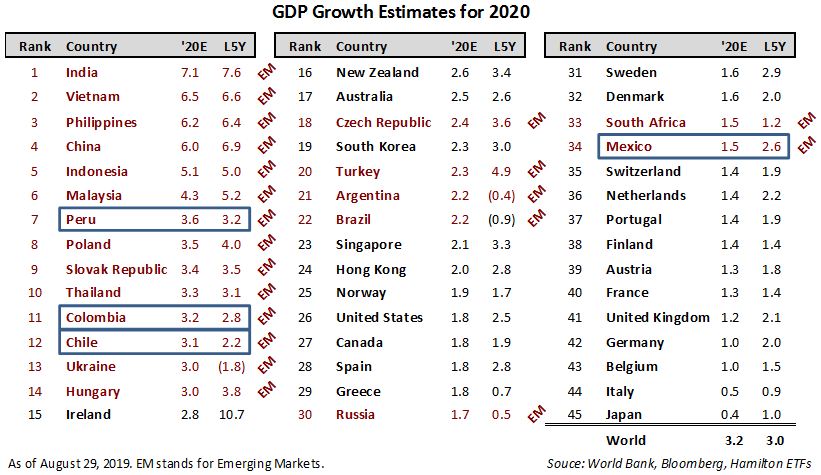 Reviewing the above forecasts for global growth in 2020, we would offer five key takeaways:

First, notwithstanding fears of a global recession, forecast global GDP growth for 2020 is a very healthy 3.2% (source: Bloomberg). Since the European sovereign debt crisis (when GDP was 2.5%) in 2012, the market experienced several large macro corrections primarily as a result of “growth scares”. It is worth noting that over this period, not only did global GDP not slow, it actually increased (i.e. the market’s predictions were not correct).

Third, Australia is expected to be fastest growing “larger” economy with forecast GDP growth of 2.5%, well ahead of Canada. New Zealand is forecast to grow at 2.6%. This is relevant to our Hamilton Australian Financials Yield ETF (HFA).

Fourth, Canada ranks 27th and is forecast to grow at a respectable 1.8% next year. This is inline with the United States and higher than the 1.4% forecast for this year. For 2019, GDP growth for the U.S. is forecast to be considerably higher than Canada (2.3%).

Fifth, while two of the largest economies in the eurozone, Italy and Germany, are forecast to produce mediocre GDP growth (0.1% and 0.6%, respectively), many other European countries are expected to fare a lot better. This includes several peripheral countries (Spain, Greece and Portugal) and most major Northern European countries (like Norway, Sweden, Denmark).

Cdn/Aust’n Banks: Why the Big Housing Short is So Difficult (and the Risk of a ‘Direct Hit’ Remains Low) –April 9, 2019

Canadian Banks: Why Volatility Will Likely Rise (and a Comment on Mean Reversion  April 18, 2019

Note: Comments, charts and opinions offered in this commentary are produced by Hamilton ETFs and are for information purposes only. They should not be considered as advice to purchase or to sell mentioned sec