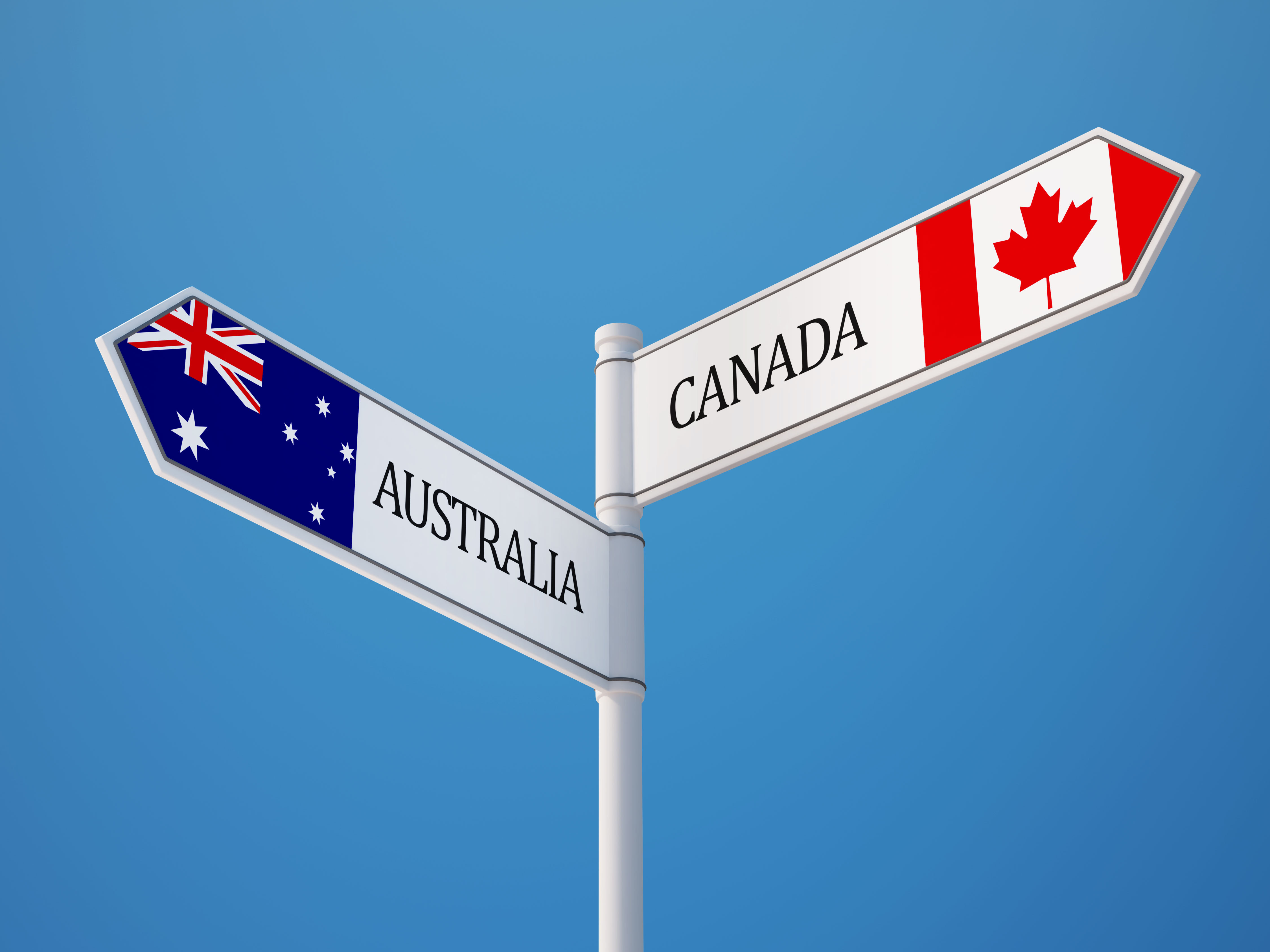 To highlight the similarities between the two banking sectors, the Solactive Australian Bank Equal-Weight Index TR (which HBA seeks to replicate) has returned an impressive 13.5% on average each year since inception, exceeding an equal-weight index of Big-5 Canadian banks, which rose 12.7%[2]. This includes the global financial crisis, during which the Australian banks outperformed the Canadian banks. As the chart below highlights, the returns for the respective Big-5 Canadian and Australian banks over the past 10 years, 15 years and 20 years have also been nearly identical.

Why We Believe HBA is Akin to Canadian Bank Holding #4, but with Diversification

The Canadian banks are highly correlated with powerful mean reversion tendencies. In fact, the individual bank stocks are so correlated to each other that the risk-profile of a portfolio of three Canadian banks is nearly identical to that of a portfolio of four (or more) Canadian banks[3]. Rather than adding a 4th Canadian bank position to portfolios, which statistically provides close to no additional diversification benefit, we believe investors should consider the Hamilton Australian Bank Equal-Weight Index ETF (HBA), which provides exposure to a(nother) blue-chip banking sector, with a historical return/volatility profile that has been nearly identical to the Canadian banks, but with relatively low correlation.

Given their historically very similar return/volatility profile and history of outperformance over certain periods, there is a strong argument that, instead of owning a fourth (or more) Canadian bank position, investors could benefit by adding HBA for reduced volatility (and possibly higher returns).

Similarities/Differences Between the Australian and Canadian Banks

As we mentioned above, we believe the Australian banks are among the best/strongest in the world and of equal quality to the Canadian banks. For readers less familiar with Australia and its banks, we provide some helpful references:

Australia vs. Canada – Opposite Ends of Regulatory Continuum

We believe one of the most underappreciated – but highly significant – advantages to investing in the Canadian banks is that OSFI is arguably the most pro-bank (or lax) regulator globally. This essentially removes, in the case of Canada, one of the most important risks for global bank investors – regulatory risk. Canadian banks operate/cross-sell across various businesses lines with little effort by OSFI to scrutinize conflicts (most notably, the sale of wealth management products and obvious linkages between corporate and investment banking). Of great significance, OSFI also allows the sector to operate at core CET1 capital ratios (~11.6%[4] on average in fQ1 2020 – pre-COVID) that are near the bottom globally. Equally important, OSFI demonstrates near complete flexibility in allowing these ratios to fall not only in normal times but even in the current environment when credit risk is significant. For example, the average ratio declined by a noteworthy 40 bps in fQ2 to 11.2% with no offsetting capital actions to mitigate the decline.

That said, when the Canadian banks have needed “emergency” capital in the past they overwhelming chose to issue equity, resulting in a permanent destruction in shareholder value (versus dividend reductions where the loss of value is temporary). These capital actions, however, appeared to be done at a bank’s discretion rather than at the explicit direction from the regulator.

On the other hand, Australian banks operate under arguably the strictest regulator in global banking. APRA[5] has been hyper-vigilant in overseeing business practices and requires the Australian banks to operate at capital levels near the top of global banks (and a huge ~30% higher than the Canadian banks[6]). Moreover, although the Australian banks have built an enormous capital cushion over the last five years, APRA has shown limited flexibility in allowing these ratios to decline in periods of heightened economic risk. This implies higher capital risk, either from (temporary) action on dividends or equity raises. The Australian banks have historically balanced these actions (in contrast to the Canadian banks who focus exclusively on capital raises). The desire to mitigate permanent loss of shareholder value in the form of EPS dilution from capital raises can result in short-term dividend changes. However, it is also an important reason why the Australian banks have performed so well over the long-term.

“Bending the Curve”: Australia and New Zealand Rank Near the Top Globally (and well ahead of Canada)

Currently, Australia holds a very important advantage over most developed economies, including Canada; it leads them in containing COVID-19. By acting quickly in limiting travel from other countries as well as domestic travel (between states), Australia prevented the virus from gaining a significant foothold in the country compared to much of Europe, the U.S., and Canada. Despite a population of ~25 million, Australia has not had total active cases exceed 5,000, whereas Canada’s peaked at ~35,000[7]. New Zealand, which accounts for ~10-15% of revenue for the Australian banks, also has very few active/new cases. While falling, active cases for Canada are still ~28,000 versus ~1,300 in Australia. This is an important benefit because it means, relative to most countries, Australia (with New Zealand) is more likely to be able to: (i) open a greater percentage of its economy faster, (ii) reach pre-virus GDP growth earlier, and (iii) have lower risk of economic disruption from a second wave.

A full global economic recovery is of course some distance away. And today, the global banks – including Canadian and Australian banks – are in the midst of a credit cycle, with their stocks pricing in a significant amount of bad news, including further capital action.

However, history shows the Australian banks will recover and possibly faster than their global peers given their lower credit risk and Australia’s relatively strong position in combatting the virus. The Australian banks need to rise over 30% to return to their February highs, providing Canadian investors a favourable entry point to one of the world’s best banking sectors, which historically had a nearly identical return/volatility profile to the Canadian banks, but also offers diversification.

One Chart: Australia Appears to be Flattening the Curve Ahead of Other Countries (including Canada) (April 2, 2020)