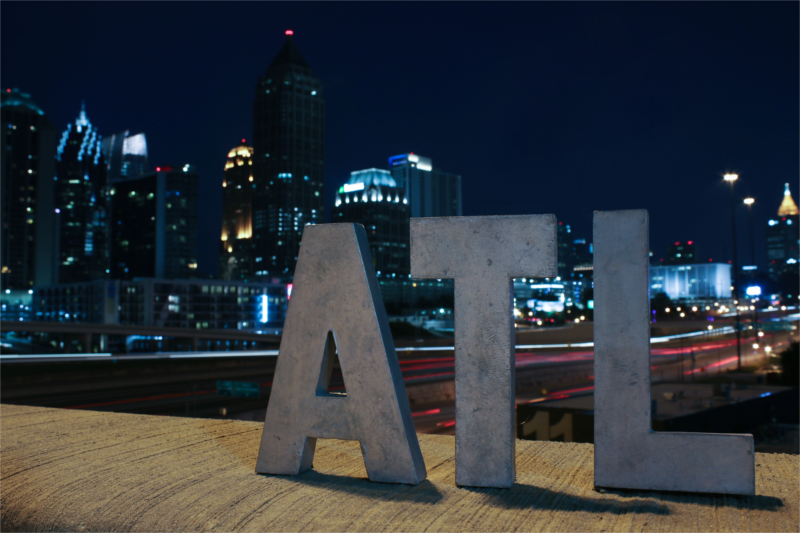 In the almost two years since our last trip to Atlanta, a lot has changed in the banking sector (M&A) and a lot has not (strong growth). The opportunity to speak with 8 banks operating in and around Atlanta – several of which are holdings in the Hamilton Capital Global Bank ETF (HBG) and the Hamilton Capital U.S. Mid-Cap Financials ETF (USD) (HFMU.U) – provided some insight into just how good things to continue to be in the Southeast.

As a reminder for readers, the Atlanta-Sandy Springs-Roswell metropolitan statistical area (“Atlanta MSA”) is the largest MSA in the Southeast and the 10th largest MSA[1] in the United States and one of the fastest growing. Real GDP grew 20% between 2017 and 2012, or an average of 3.7% per year (well ahead of the U.S. average of 2.1%). The Atlanta MSA is home to over 5.8 million people and is the headquarters for a diverse group of 15 Fortune 500 companies including, Home Depot, UPS, Delta Airlines, Coca-Cola, SunTrust and PulteGroup[2]. 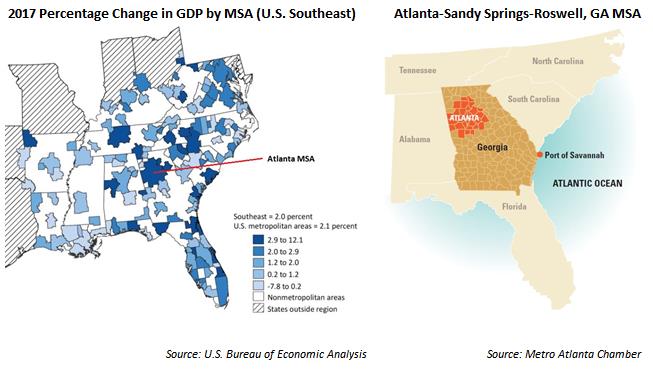 Below are our key takeaways for our visit:

Overall, our meetings reinforced that business in Atlanta – like most parts of the Sun Belt – continues to be quite strong, supported by favourable demographics and a pro-business regime. The attractiveness of the Atlanta MSA is evident given the number of banks that have chosen to buy into or bulk up their current platform in the region via M&A over the last year. It is this combination of solid growth with the possibility of M&A that makes the Southeast a heavier-weighted region in both our Hamilton Capital U.S. Mid-Cap Financials ETF (USD) and Hamilton Capital Global Bank ETF.