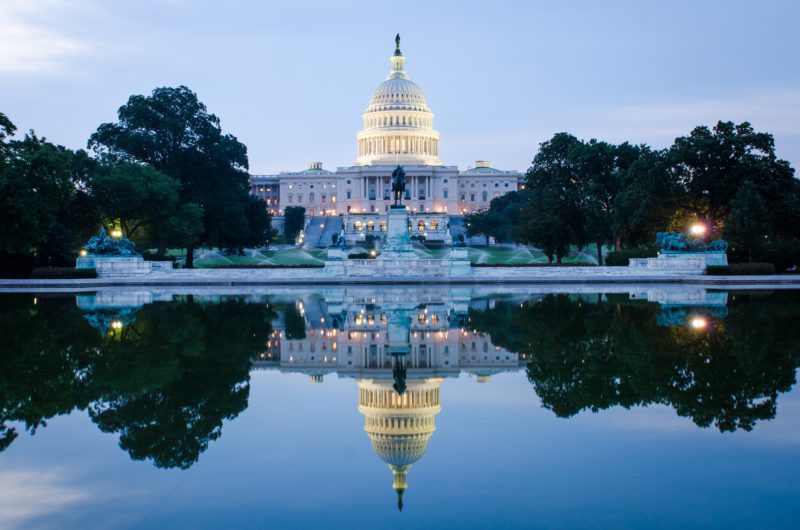 We recently had the opportunity to meet senior management of over a dozen U.S. mid-cap banks headquartered in the Washington, DC area. Anchored by the capital city, the Washington-Arlington-Alexandria MSA (Washington MSA) is the sixth largest U.S. MSA ([1]) with real GDP of US$507 bln ([2]) and a population of 6.3 mln. Importantly, it is also the second wealthiest MSA ([3]) in the entire country, supported by a strong labour market ([4]). While not completely “recession-proof”, the large impact on the economy from government spending provides a strong economic and demographic backdrop across economic cycles. While the bankers we met expressed optimism for the local economy’s prospects supported by robust private and public sector demand, a benign credit cycle and ongoing bank consolidation, they had some concerns about margin trends.

Below are the main takeaways from our meetings:

With a real GDP of $507 bln, Washington boosts of a large and stable economy. Federal spending accounts for ~30% of the region’s GDP ([5]) and tends to even out economic cycles. In the private sector, Washington is home to 15 Fortune 500 companies. Earlier this year, Amazon picked the DC suburb of Arlington, VA as the location for its coveted second headquarter. Over time this is broadly expected to attract more companies in the technology and related sectors into the region. Overall, bankers we met were confident of the region’s economic outlook.

Amid robust economic growth in both the U.S. and this MSA and steady consumption outlook, bankers see few (if any) signs of borrower stress. The credit cycle remains benign with sporadic incidents of credit deterioration restricted to specific circumstances related to either borrower (for instance, fraud) or sector (retail, fast food restaurants).

In 2019 credit growth is expected to be in the mid-to-high single digit range for most of the participating banks. Within overall lending, competitive intensity remains high in CRE lending particularly for high quality, stabilized assets driven by institutional demand (from life insurers, pension funds, private equity/debt managers and others). Amid heightened economic uncertainty and downward pressure on asset yields, a few of the community banks in the region have consciously reduced volume growth targets and in certain cases exposure to the construction sector (particularly development).

A pickup in mortgage originations is expected to help offset some of this demand slowdown. Generally, most banks in the region were looking to add to C&I lending capabilities in order to build a more diversified and less CRE dependent loan portfolio.

Since 2007, GDP grew at a CAGR of ~2.7% for the Washington MSA, which was higher than the U.S. average of just over 1.6% ([6]). Given the health and resilience of the underlying economy, loan growth is expected to be in the mid-to high single digit range in 2019. However, after two years of highly material expansion in net interest margins, the outlook for the next twelve months is more muted, given the decline in the benchmark LIBOR rate ([7]). This has caused asset yields to drift lower in the quarter even as funding costs are expected to decline with a lag. As a result, net interest margins (“NIMs”) are expected to largely remain under pressure in Q3. A few of the larger banks highlighted the use of interest rate swaps and floors as tools to offset NIM pressure.

Most banks expect NIMs to stabilize towards year-end as lower funding costs flow through (particularly for the long-dated certificates of deposits).

Banks continue to seek opportunistic and accretive bolt-on acquisitions especially as recent M&A in the region (including the BBT/STI transaction; see our February 8, 2019 insight, “U.S. Bank M&A: Implications from the Largest Deal in a Decade”) has resulted in both customer relationships and key employee contracts being up for grabs. General preference remains for contiguous or in footprint M&A.

U.S. Bank M&A: Implications from the Largest Deal in a Decade

Notes from Chicago: Opinions on the Canadian Banks (part 1)

[1] An MSA is typically a large city and outlying suburbs, analogous to the Greater Toronto Area (“GTA”). MSAs are defined by the U.S. Office of Management and Budget.
[2] Federal Reserve Bank of St Louis; For 2018
[3] Washington MSA’s median household income of $99,669 is 35% higher than U.S. average of $60,336; Source: 2017 Census
[4] Unemployment rate of 3.3% compared to U.S. average of 3.7%; as of July-19
[5] Source: Stephen S. Fuller Institute – George Mason University
[6] St Louis Federal Reserve
[7] Benchmark 3 month and 1-month LIBOR rates have declined 18bps and 37bps QTD respectively.
[8] Current Expected Credit Losses (CECL) is a new credit loss accounting standard that was issued by the Financial Accounting Standards Board (FASB) on June 16, 2016. CECL replaces the current Allowance for Loan and Lease Losses (ALLL) accounting standard. The CECL standard focuses on estimation of expected losses over the life of the loans, while the current standard relies on incurred losses. The standard is set for implementation January 1, 2020.