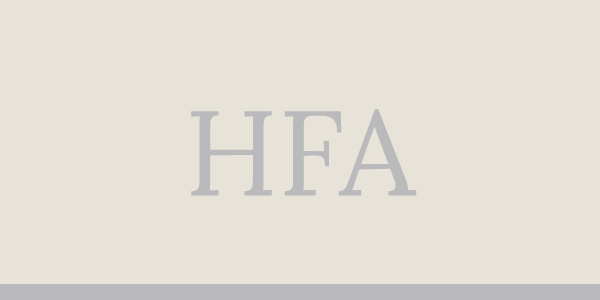 The Hamilton Australian Financials Yield ETF (HFA) recently celebrated its one-year anniversary. Although the global financials and the Canadian banks experienced significant volatility since its launch in December 2018, HFA has produced consistent monthly returns and dividends as well as identical returns to the Canadian banks, but with much lower volatility (and relatively low correlations).

As we have previously written, with nearly identical return/volatility profiles over the past 5, 10, 15 and 20 years, the Canadian and Australian financials are, in our view, akin to fraternal twins. 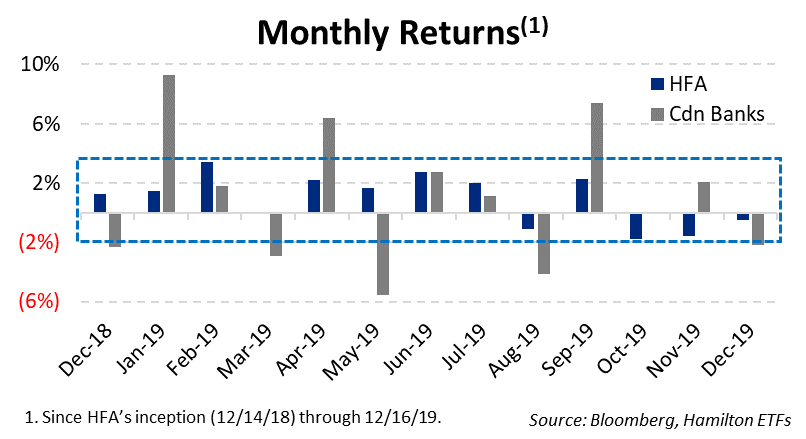 … with significantly lower volatility/drawdown …
HFA also experienced lower drawdowns (versus the Canadian banks) over the year despite periods of heightened volatility, particularly surrounding the U.S. and China trade tensions that have been persistent since the ETF launched. Even with the ongoing trade tensions as well as regulatory risk for Australian banks rising in October, the three largest monthly declines of HFA were significantly lower than those of the Canadian banks. 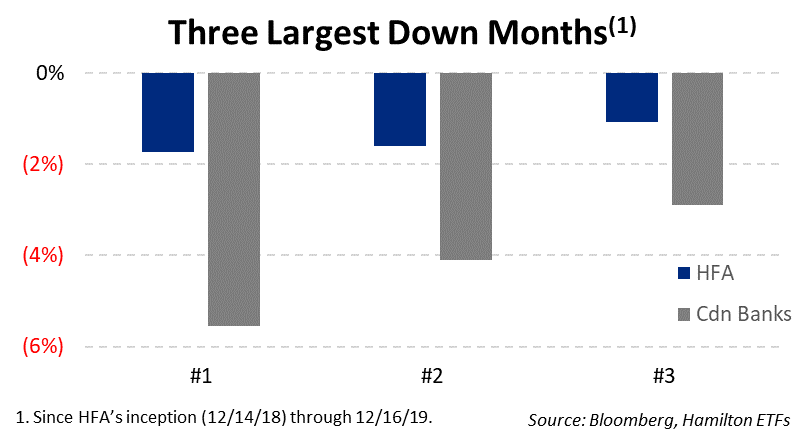 In our view, regulatory risk is the biggest country-specific risk to investors of Australian financials. APRA[3] is among the strictest regulators in global banking. This is in stark contrast to OSFI, which is notable for its “light touch” pro-bank approach (relative to global peers). That said, we would point out that, over the past decade, multiple compression from rising regulatory risk has generally unwound as the risk recedes, implying the potential for multiple expansion from several of HFA’s holdings in the next 12-18 months.

As we explained in our “Fraternal Twins” insight, the Australian and Canadian financial sectors have exhibited similar returns/volatility, but with lower correlations to one another[6]. In our view, investors seeking a return/volatility profile very similar to the Canadian banks/financials – but with diversification – should consider the Hamilton Australian Financials Yield ETF (HFA), which has a dividend yield of 6.54%, paid monthly.