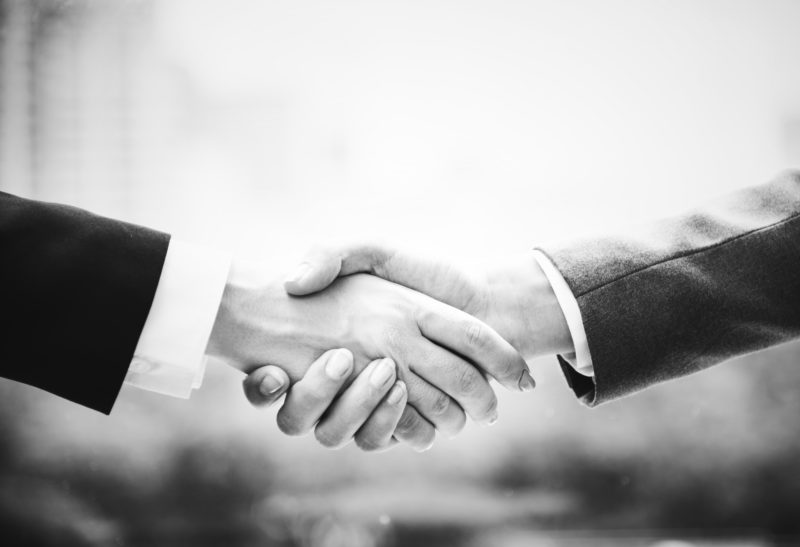 On Monday, this year’s third (sizable) U.S. bank merger-of-equals (“MOE”) was announced, continuing a trend we expected following similar transactions early in 2019. We have previously written that after a multi-year period of muted merger activity that U.S. bank consolidation – particularly among mid-cap banks – was poised to accelerate. We have cited this theme as impacting the U.S. mid-cap financials sector generally and the banking sector, specifically.

The topic of bank M&A has been prevalent all year in our trips to Dallas, DC, NYC, Nashville and Atlanta, including the advantages and disadvantages of MOEs, a deal structure favoured by markets (over traditional premium transactions).

The latest deal, between Memphis-based, First Horizon National (“FHN”) and Lafayette-based, Iberiabank (“IBKC”) – both holdings of either the Hamilton U.S. Mid-Cap Financials ETF (USD) (ticker: HFMU.U) or the Hamilton Global Bank ETF (ticker: HBG) – brings together two complementary platforms in the Southeast with surprisingly little overlap in footprint (see below). The new entity, which will maintain the First Horizon name and headquarters, will rank as a top 25 bank in the U.S. by deposits, with $75 billion in assets across 11 states, and operate in 15 of the top 20 Southern MSAs by population. 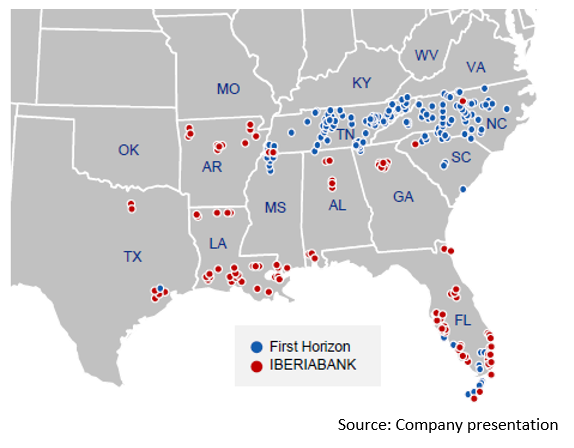 The FHN/IBKC deal follows the blockbuster BB&T/SunTrust MOE announced in February (also the largest U.S. bank deal since the financial crisis), and the Midwest MOE of Michigan peers, TCF Financial and Chemical Financial that closed in August. Like earlier deals, the FHN/IBKC deal was met positively by the market, with both bank stocks rising and outperforming the broader bank indices on the day.

We believe the favourable market reaction is owing to the lower perceived integration risk of MOE transactions, as well as the attractive deal economics (in FHN/IBKC’s case, management forecasts double-digit earnings accretions for both entities on seemingly conservative expense synergies of 25%). This positive reaction is in stark contrast to recent premium bank deals that have typically seen the acquirer’s stock decline on the announcement in proportion to its resulting tangible book value dilution (for example, FITB/MBFI and PB/LXTB).

The latest deal fits with both our own expectations for more MOE transactions within the U.S. mid-cap bank space as well as comments made by bankers at a recent financial services conference (see What U.S. Investment Bankers and Banks are Saying about M&A). Combined with strong fundamentals, the secular trend of U.S. bank M&A that started in the 1980’s will, in our view, continue for another decade. This should provide support to the sector’s earnings growth profile, including banks held in HFMU.U (~65% weighting), HBG (~50% weighting), and to a lesser extent in the Hamilton Global Financials Yield ETF (ticker: HFY, which has ~10% weighting).

Notes from Washington D.C.:  Investigating One of the Wealthiest MSAs in the Country (September 23, 2019)