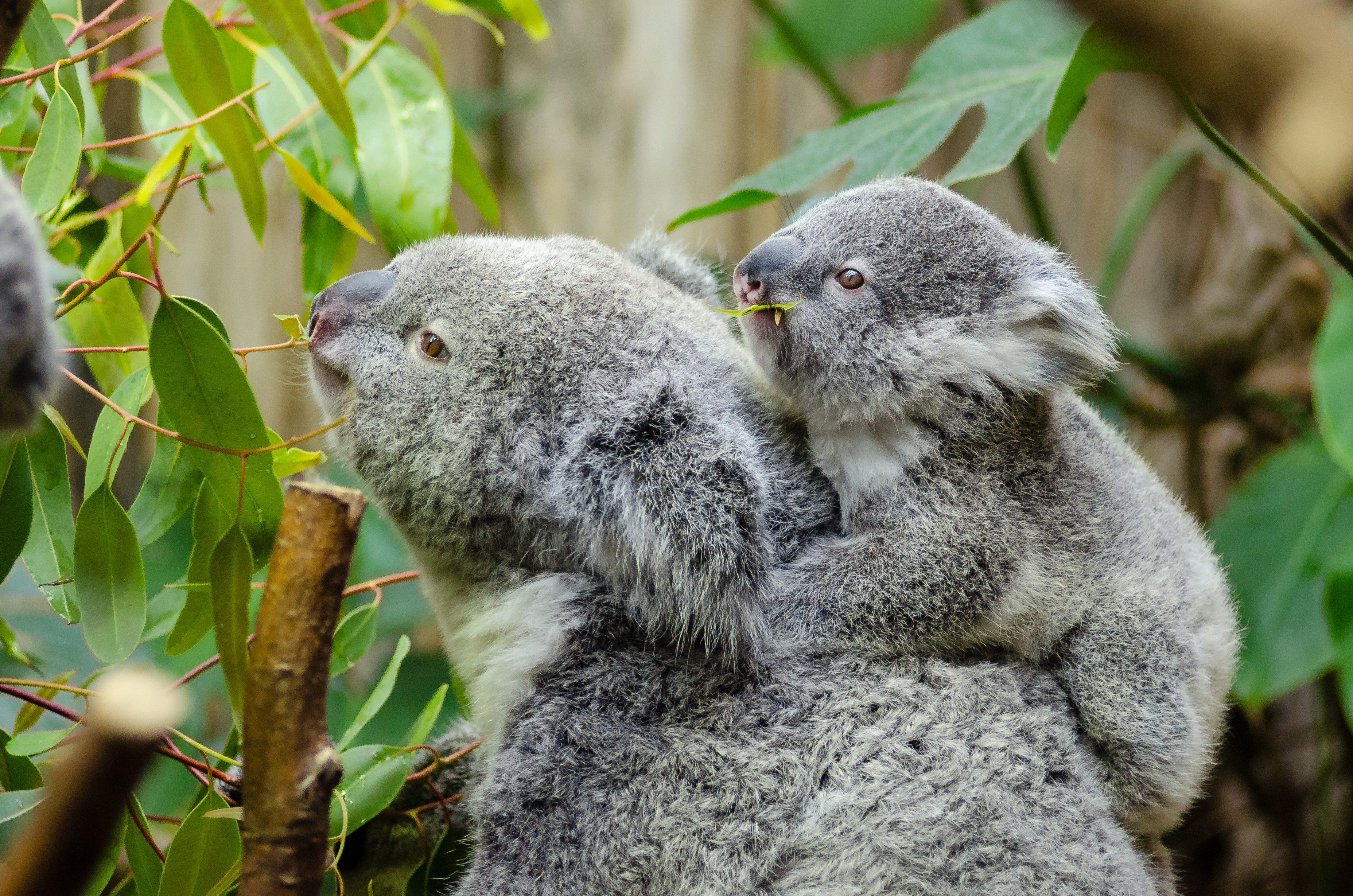 The Hamilton Australian Financials Yield ETF (HFA) invests in one of the world’s best financial sectors, anchored by some of the world’s best capitalized banks. As evidence of the quality of the Australian financial sector, the Australian banks outperformed the Canadian banks during the global financial crisis. This strong historical performance is underpinned by the fact Australia is a higher performing economy, with GDP growth consistently higher than that of Canada.

In our view, there are no two countries/financial sectors more alike than the Canadian and Australian financials. In fact, they have produced very similar – but relatively uncorrelated – returns for the last two decades. With similar histories, government structures, economies, and financial sector structures, Australia and Canada, we believe, are akin to fraternal twins.

These similarities should not be overly surprising since the Canadian and Australian financial sectors have – as mentioned – had nearly identical return volatility profiles in the periods ending January 31, 2020 as shown by the charts below. 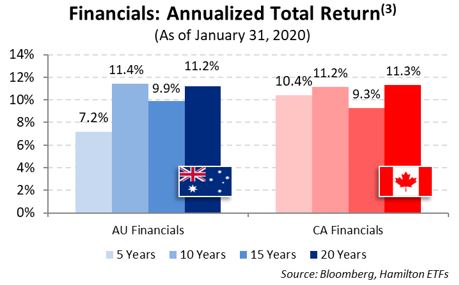 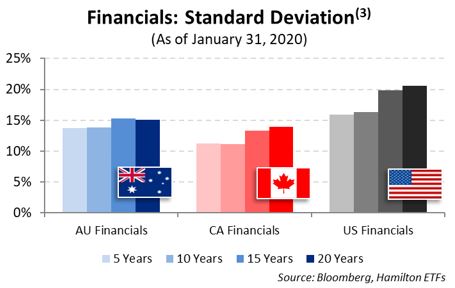