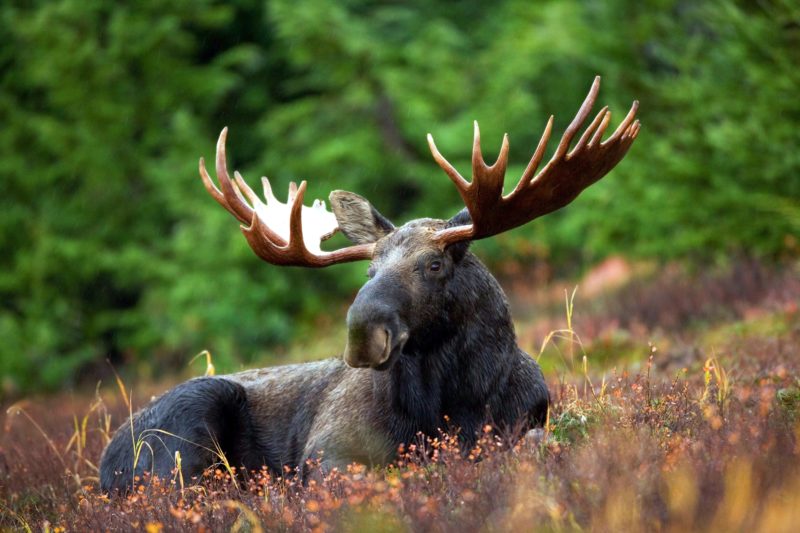 In April we wrote an Insight in which we explained why we believed the volatility of Canadian bank stocks was likely to rise[1]. Specifically, we cited two reasons: (i) rising acquisition risk, and (ii) implementation of the new provision accounting (IFRS 9).

Since the first reporting season (February 2018) following the introduction of this new provision accounting, it does appear that the monthly volatility for the Canadian banks has risen meaningfully. Why? We believe because this new accounting treatment requires provisions to include estimated losses on performing loans, the market has struggled to estimate earnings, resulting in routine misses and (often downward) revisions to annual estimates.

More extreme Canadian bank index changes (+/-5%) since new accounting took effect …
The first month the market could absorb the implications of this new accounting was February 2018 (i.e., fQ1 2018 earnings season) or 22 months ago[2]. Since the earnings impact of this new provision accounting became apparent, there have been 6 months where the Canadian bank index rose or declined more than 5% — a frequency of over 25%. By contrast, in the preceding 36 months, the index moved by +/- 5% just four times, or with a frequency of 11%[3]. Even going back 10 years, the frequency of large monthly moves (+/- 5%) in the Canadian banks has roughly doubled since the new accounting regime was put in place versus before the change. 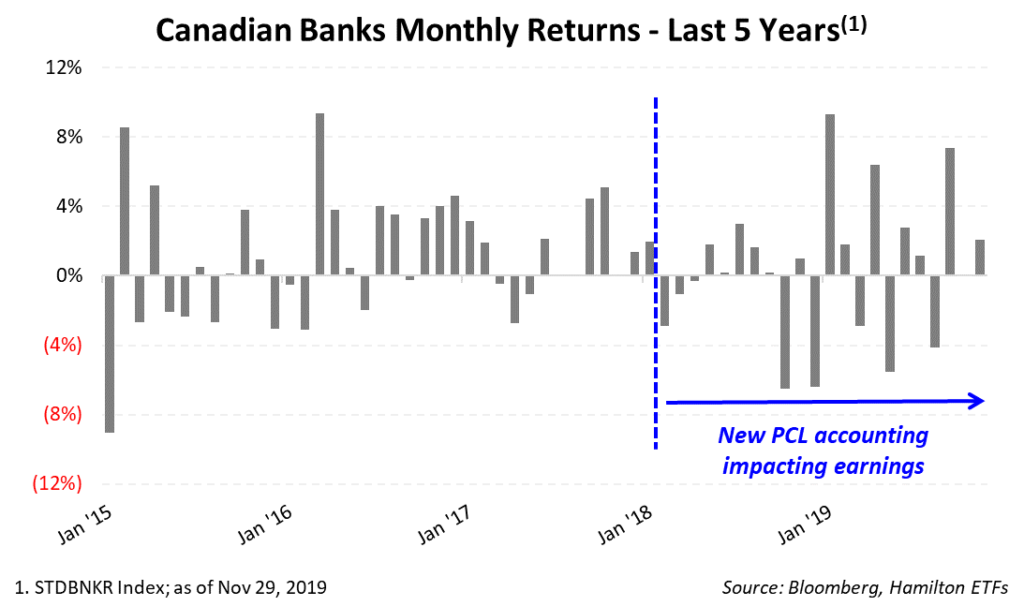 … with acquisition volatility still ahead?
Since the accounting change, only Bank of Nova Scotia has made material capital deployments (Jarislowsky, MD Financial, BBVA Chile), which likely had a small impact on the volatility of the overall index. Therefore, in our view, M&A (including BNS) has not been a significant contributor to the increase in volatility noted above.

That could change. We believe that the next 12-18 months could see material deployments from TD and BMO, and possibly CM. We believe acquisition risk is lowest at RY and BNS, the latter of which is digesting the aforementioned transactions.

Higher volatility likely here for the medium term
While monthly return volatility is impacted by a variety of factors, this new accounting treatment appears to be a significant contributing variable to the recent increase. In our view, investors should expect higher volatility – up and down – from the Canadian banks over the medium term, which is likely to weigh on P/E multiples.

[1] See Canadian Banks: Why Volatility Will Likely Rise (and a Comment on Mean Reversion). The new provision accounting is making it a lot more difficult to estimate earnings, increasing the occurrences of banks missing/beating when reporting.
[2] IFRS was adopted by the Canadian banks effective November 1, 2017, or the beginning of the banks’ fiscal 2018. However, the effects were not evident until the first reporting season thereafter – hence our February 2018 starting date.
[3] From February 2015 to January 2018.