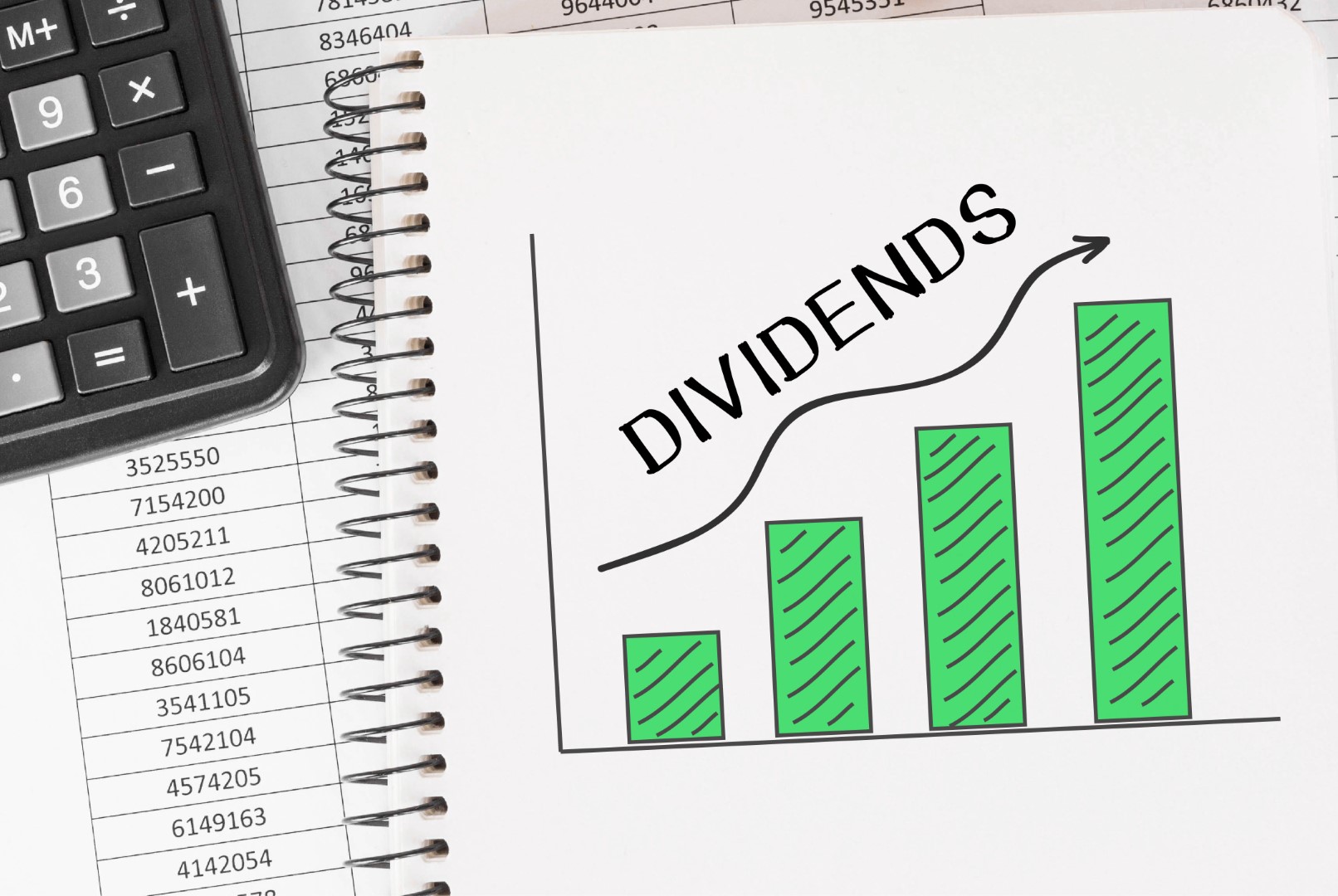 Canadian bank dividends, in our view, are poised to rise – a lot. In August, before Q3 earnings season, we argued there was no policy rationale for the continuing moratorium on dividend increases (see “Canadian Banks: Why OSFI Should Lift its Dividend Cap Now”). At the time, earnings and capital were already at all time highs. Moreover, the banks had set aside an enormous ~$21.4 bln of allowances against performing loans, courtesy of the new provision accounting adopted in 2018 (see appendix A). This huge reserve represents a powerful firewall against unexpected losses. There has literally never been a time in Canadian bank history where the sector was in a stronger position to pay dividends.

In this insight, we explain why we believe dividends could rise over 20% in the next one to three quarters. However, before we discuss dividends, we would like to highlight the Hamilton Enhanced Canadian Bank ETF (ticker: HCAL), which ended its first year on October 14th, up 60.4%, making it the top performing Canadian bank ETF over this period by nearly 10%[1]. Notably, HCAL outperformed covered call strategies by over 15% over the same period. HCAL is also one of the highest yielding Canadian bank ETFs, with a current yield of 4.95%, paid monthly[2].

Dividend Hikes: How Much and When?

In absolute terms, the level of dividend increases will be influenced by the strength of earnings and capital. Last quarter, core earnings reached an all time high of $15.1 bln, or ~23% above pre-pandemic levels (see appendix B)[3]. Over this same period, common equity Tier 1, or CET1 ratios – the world’s most important capital ratio – rose 150 bps to 13.0% (see appendix C). This increase makes the Canadian banks among the best capitalized banks globally (although well below Australian banks, which are over 18%)[4].

With continued upward pressure on both earnings and capital, we expect the banks will release another $4 to $6 bln of reserves in the next several quarters. Reserve releases are typically accompanied with below-trend credit costs that would support earnings and capital. In absence of any capital deployments or buybacks, the banks’ CET1 ratios are likely headed to 13.5% or higher, creating even more capacity to raise dividends.

So, how much and when?

In terms of how much, current earnings and capital could support immediate dividend increases of between 20% and 25%, even if earnings completely stalled. At this level, the banks would return to pre-pandemic payout ratios, and capital ratios would continue to remain high. Dividends could increase by even more if any of several catalysts emerge/strengthen: (i) sustained below trend provision ratios, (ii) higher net interest margins from changes in the yield curve (in Canada or the U.S.), and/or (iii) loan growth increases as the economy reopens further (and higher-than-expected GDP growth).

Although earnings are the biggest driver of dividends, capital is an important variable. Should the banks seek to slow the rise in capital ratios, it is possible that dividend increases could be even larger. Higher dividend yields would likely result in multiple expansion and this lower cost of capital could support acquisitions (all or partially financed with equity). That said, with P/E multiples depressed, at least some banks are likely to emphasize buybacks (over deployments).

In terms of when, we believe dividends should rise this quarter. There is simply no policy justification for the moratorium to continue and it should have been lifted two quarters ago in our opinion. Conventional wisdom is that dividends will rise this quarter given the federal election is over, although it was never clear to us why the election was a variable since bank dividend policy obviously does not rise to the level of important national policy. Nevertheless, dividends will not increase until OSFI grants permission.

Favourable Backdrop for the Canadian Banks (and Top Performing HCAL)

Supported by the potential for: (i) highly material dividend increases, (ii) lower provision ratios supporting both earnings and capital generation, (iii) (accretive) buybacks, and (iv) higher ROEs, as well as relatively low valuations (forward P/Es are below historic averages), the backdrop for Canadian bank stocks is likely to continue to be very favourable in the coming quarters. Should fundamentals remain favourable, we believe the Hamilton Enhanced Canadian Bank ETF (HCAL) is well positioned to benefit. To reflect our positive outlook for Canadian bank stocks, we have recently increased our Canadian bank weighting in the Hamilton Global Financials ETF (HFG) to 9.4% (from 5.7%). 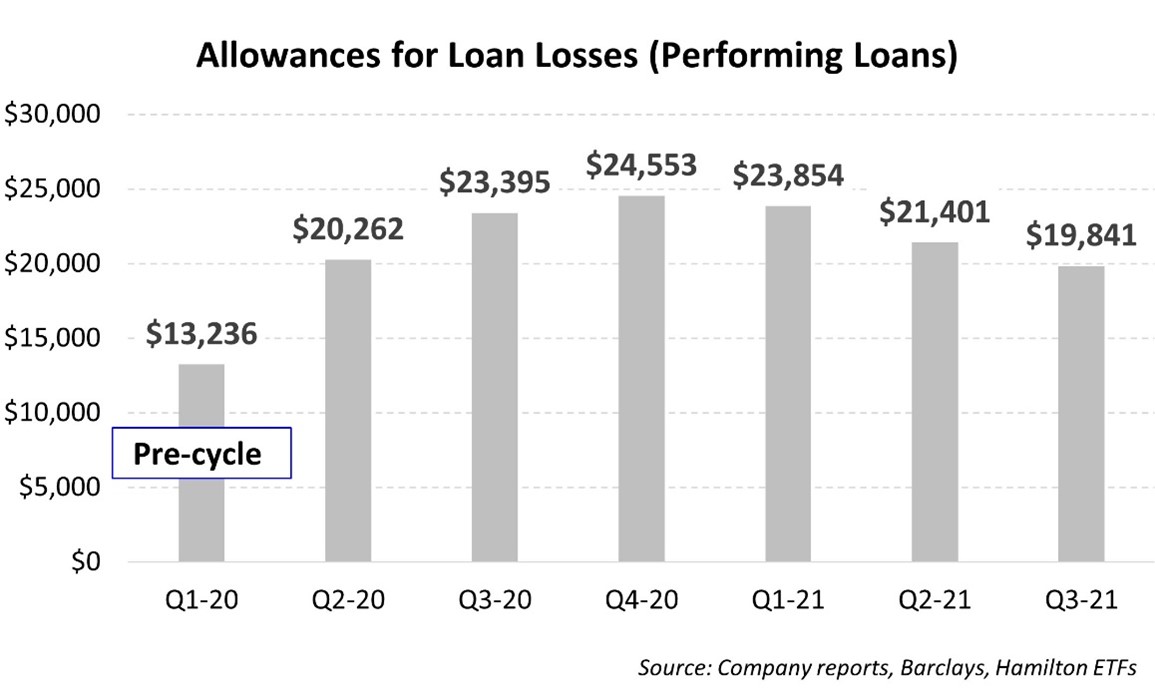 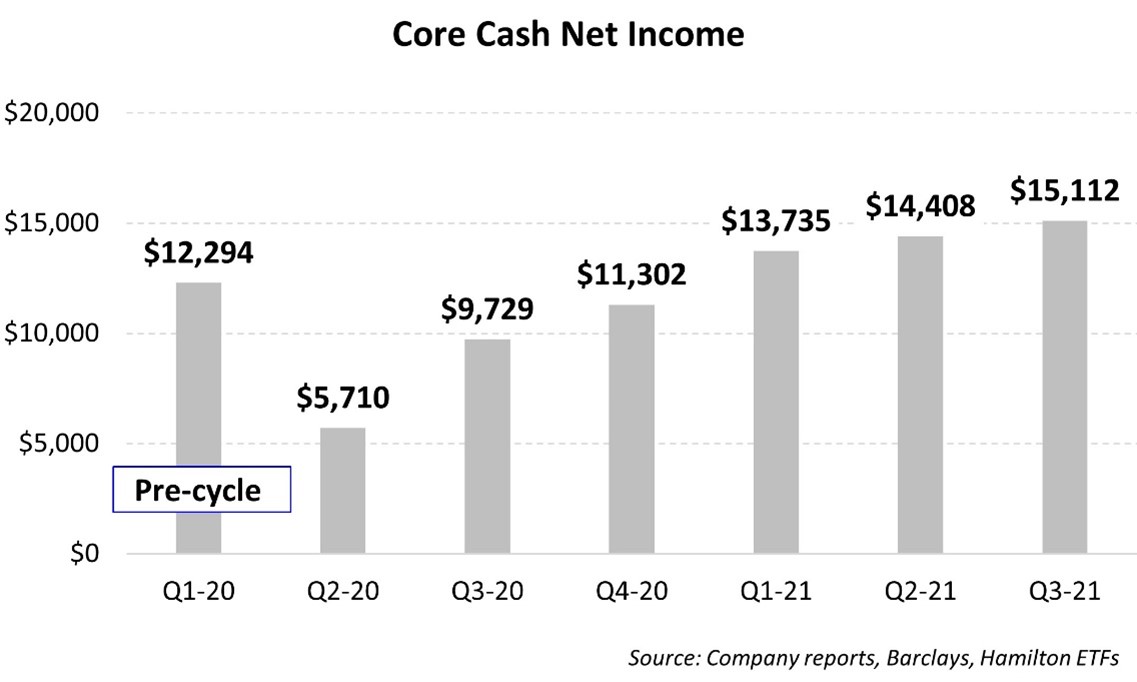 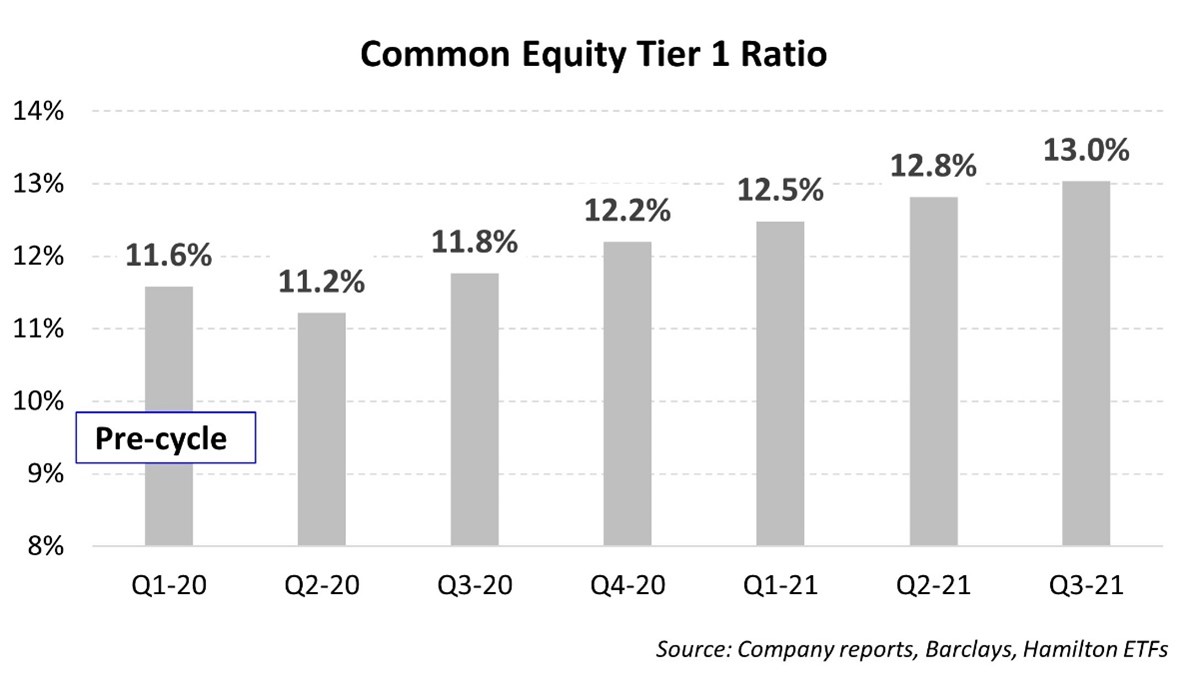 [1] Annual performance is measured on total return basis and is for the twelve months ended October 14, 2021. The universe of Canadian bank ETFs includes the following strategies: equal weight, market cap weighted, dividend yield weighted, mean reversion, and covered calls.
[2] Annualized yield based on the last distribution, as of October 15, 2021. HCAL also paid special cash distributions of over $0.40 in the last twelve months.
[3] Source: Barclays, Hamilton ETFs
[4] This contrasts with 5 years ago, when the Canadian banks were closer to the bottom of global banks in terms of capital rankings.
[5] Annualized yield based on each ETF’s last distribution, as of October 15, 2021.